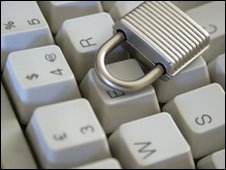 From the AP:  NATO must do more to co-ordinate the international community’s response to the threat of cyber attacks, members of Britain’s House of Lords said Thursday.

In a report, peers said they were shocked at the lack of co-operation between NATO and other blocs like the European Union.

Michael Jopling, a Lords member, says there "must be co-operation rather than duplication" of efforts by international bodies.

The report discloses that Britain carried out a major two-day exercise in November, simulating the impact of a cyber strike that crippled the country’s telephone network…

NATO has been reticent to discuss its actions in countering cyberattacks, but says attacks on national computer systems can come from hackers, criminals, terrorists and other states. In the Estonian case, an investigation found that a large percentage of computers engaged in the hacker attack were located in NATO member nations in Western Europe.

The issue of cyberattacks will figure prominently in NATO’s comprehensive new Strategic Concept – effectively the alliance’s mission statement – due to be adopted at a summit in November. (photo: BBC)