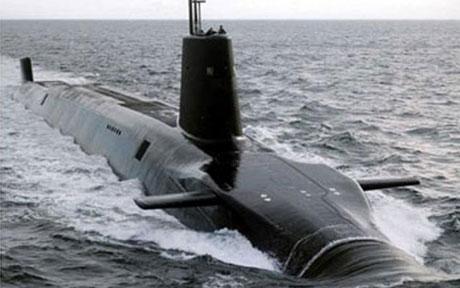 From the Editors of the New York Times:  The pledge by Britain’s coalition government to drastically slash spending is bad economics and bad public policy. Budget tightening is needed, but not this much, this fast or this way. …

Britain’s annual military budget is $58 billion. Replacing all four submarines — as the Conservatives, the lead partner in the coalition government, want — would cost $30 billion over the next decade, or roughly $3 billion a year. Eliminating 20,000 army troops will save less than $2 billion a year. Scaling back the submarine replacement plan — or deferring it, as the junior partner, the Liberal Democrats, urge — could save enough to keep the army at its current strength of 105,000.

There is no reason for Britain to press ahead with the submarines now. The current fleet, built in the 1990s, will remain operational for another decade — longer if Britain relaxes its cold war policy of keeping at least one sub continuously at sea. (United States subs stay in service for 40 years. …)

Britain has vowed that its army strength will not be reduced as long as it has ground forces in Afghanistan. (Prime Minister David Cameron says he expects those forces to be withdrawn by 2015.) That is welcome. But unless other savings are found, that will require even steeper force cuts later in the decade and more drastic reductions in navy and air force equipment purchases.  (photo: Telegraph)