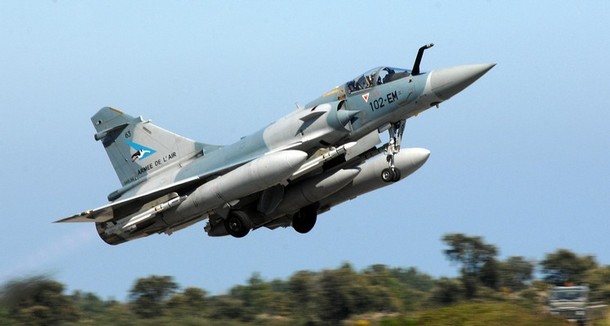 From Alistair MacDonald and Stephen Fidler, the Wall Street Journal:  The U.S. pullout from the front line of military activity in Libya has left a shortage of ground-attack jets, prompting the British government to pressure its European allies to send more aircraft into the theater. …

France, which officials say is now responsible for the highest number of sorties, and Britain, which at NATO meetings Thursday committed more aircraft to the operation, have jumped in to fill the gap. According to NATO figures, the alliance has sustained its effort since the U.S. pulled back, mounting 164 air sorties on Wednesday, compared with 150 on Monday. NATO said that tempo was maintained Thursday. …

On Wednesday, British Prime Minister David Cameron called his counterparts in Italy, Spain and Belgium to encourage them to chip in more ground attack aircraft, according to a British official.

U.K. Defense Secretary Liam Fox has also been involved in the lobbying, calling his counterparts across Europe, one defense official said.

British officials said the calls have been coordinated with the French. This has been a "double tap" effort with France, in which the two nations take turns calling other European ministers, the defense official said. French officials couldn’t immediately confirm that France was participating in the effort to persuade other governments to commit forces.  (photo: Getty)