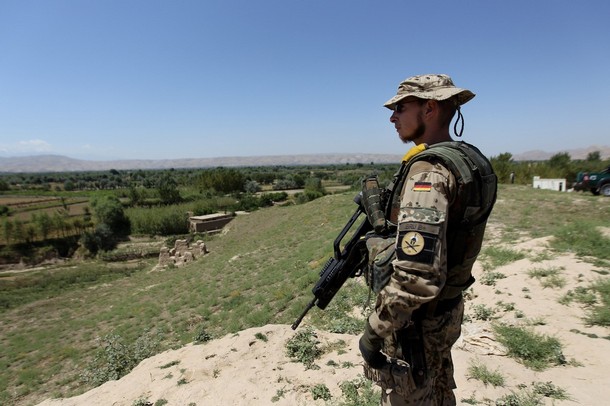 The unpopular war in Afghanistan may be NATO’s greatest challenge since the end of the Cold War, leading some to question its continued relevance. Does NATO have a future?

In five or 10 years, if we’re lucky and things are handled wisely, we’ll have a vibrant alliance that probably includes a few more European countries. NATO will definitely have a deeper and more global network of relationships. Personally, I would also like to see more of our partners engaging in these difficult military operations.

Why is there so much skepticism about that vision of NATO?

The alliance is struggling in Afghanistan. Of course, no one wants Afghanistan to fall back into the abyss that it was in prior to 2001. But it’s also a credibility challenge for the alliance. Will NATO adapt to the hybrid challenges that the 21st century presents? In the background, the economic crisis is also in play. The crisis has resulted in many of the European countries in NATO, such as the United Kingdom and Germany, deciding to undertake austerity measures that include cuts to defense spending.

Reductions don’t always mean a reduction in capability. Sometimes cuts actually mean an improvement in capabilities. If there are cuts, for instance, to a standing home guard with limited mobility in favor of an expanded force that has greater mobility, that’s a net gain—especially when there are additions made to a force’s expeditionary or communications capabilities. But, in this environment, the biggest challenge for the alliance is to handle this economic crisis in a way that generates more military cooperation and negates the perception, if not the reality, of budget cuts that leave the alliance militarily emasculated. …

How are NATO-European Union relations?

The Europeans still appreciate the security, but they also chafe at the sense that NATO is used as a means of American leverage over their policies. This, too, reflects the changing landscape in which the alliance operates. This is not the NATO of the 1960s when there was an ever-present threat: Russian tank engines murmuring and military ground forces ready to pour through Germany’s Fulda Gap region. Now, there are no such apparent ever-present threats. But that doesn’t make NATO any less relevant. Indeed, it makes NATO more relevant in many ways to deal with diaphanous threats like terrorism and the proliferation of weapons of mass destruction. Also, compared with the post-World War II years, the alliance is now composed of mature democracies that have to get consensus from their people. That’s a positive reality, but it means that NATO must work harder to showcase its successes. In the end, it provides an important military capability that the trans-Atlantic community needs, in addition to its economic arsenal, its political arsenal, and its cultural arsenal.

Ian Brzezinski is a Senior Fellow at the Atlantic Council and a former Deputy Assistant Secretary of Defense for Europe and NATO Policy.  (photo: Getty)