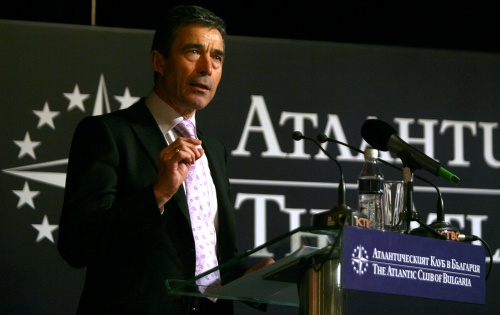 From the Sofia Echo:  Bulgaria will join the international military operation against the Gaddafi regime in Libya with the deployment of the frigate Druzki (Daring), the Cabinet decided on March 30, television channel bTV said.

It is estimated that the deployment of the frigate will cost 1.5 million leva a month, while Druzki will be deployed for a period of three months, according to [Bulgarian Defense Minister Anyu] Angelov, quoted by Bulgarian news agency BTA. …

The frigate will be used mainly for reconnaissance and to stop and probe suspicious vessels in the area. Druzki will be deployable no earlier than April 15.  (photo: BGNES)