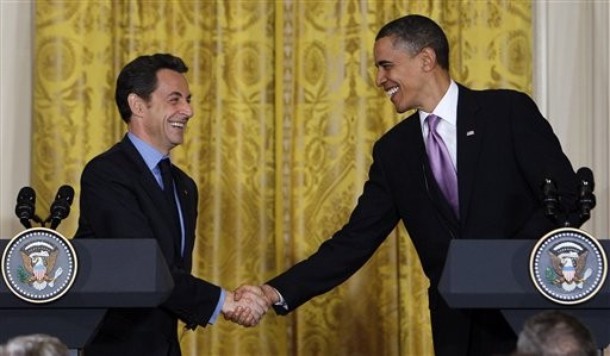 From Katrin Bennhold, the New York Times:  President Nicolas Sarkozy is an unusually solid French friend of America. He is also a “mercurial” man operating in “a zone of monarch-like impunity&rdquobreak–>; surrounded by advisers often too fearful to give honest counsel, according to leaked cables from the United States Embassy in Paris.

“Élysée contacts have reported to us the great lengths they will go to avoid disagreeing” with Mr. Sarkozy “or provoking his displeasure,” said the cable, signed by Ambassador Charles H. Rivkin. It was part of a trove of documents obtained by WikiLeaks and made available to several news organizations.

Five years of correspondence between Paris and Washington chronicle a spectacular post-Iraq turnabout between one of the West’s most complicated diplomatic couples. Mr. Sarkozy, who took office in May 2007, was described even last year as “the most pro-American French president since World War II” and a “force multiplier” for American foreign policy interests.

But the cables also convey a nuanced assessment of the French leader as a somewhat erratic figure with authoritarian tendencies and a penchant for deciding policy on the fly. By January 2010, American diplomats wrote of a high-maintenance ally sometimes too impatient to consult with crucial partners before carrying out initiatives, one who favors summit meetings and direct contacts over traditional diplomacy.

Writing to Mrs. Clinton on Dec. 4, 2009, Mr. Rivkin spoke of the need to channel Mr. Sarkozy’s “impulsive proposals into constructive directions.” Concessions on thorny issues like Afghanistan would be best won by President Obama himself, he suggested.

“In my opinion, it will necessitate periodic presidential intervention to reassure Sarkozy of our commitment as an ally and partner and, in many cases, to close the deal,” he wrote. …