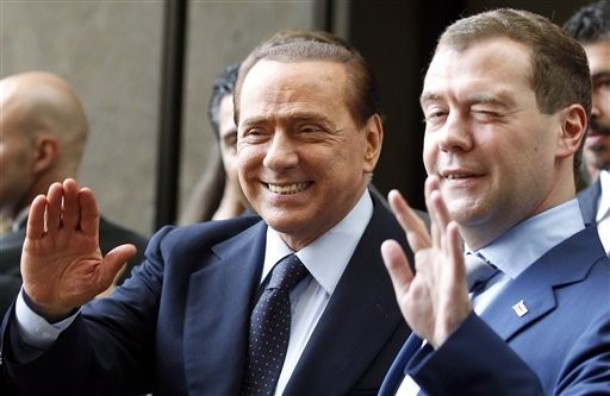 From Andrew Rettman, the EUobserver:  One cable dealing with an extraordinary meeting of Nato ambassadors in Brussels on 12 August ran with the sub-heading: "Nato allies lack cohesion during first meeting on Georgia crisis." A follow-up cable on 13 August carried the heading: "Allies divided down the middle."

The 12 August cable, dealing with attempts to cobble together joint action on the crisis by the North Atlantic Council, saw EU and Nato members Bulgaria, the Czech Republic, Denmark, Estonia, Latvia, Lithuania, Poland and the UK broadly warm to proposals to suspend the Nato-Russia Council and to issue a Russia-hostile statement. But a Russia-friendly camp, led by France and Germany and including Greece, Italy, Luxembourg, the Netherlands, Slovakia and Spain, blocked the moves.

The 13 August talks, on whether a Russian ship, the Ladniy, should take part in a Nato exercise, pitted the same Russia-hostile camp (the Czech Republic, Estonia, Latvia, Lithuania, Poland and the UK) against the Russia-friendly one (Belgium, France, Germany, Greece, Hungary, Italy, the Netherlands and Slovenia).

"A number of allies – especially Germany – are parroting Russian points on Georgian culpability for the crisis. Intelligence releasable to Nato allies on this point might be a useful tool," the 12 August US cable commented. "The German-led side … is unlikely to support anything more than a slap on the Russian wrist in the upcoming Nato ministerial," the follow-up cable said. …

Italy comes in for some of the heaviest US criticism. One cable on Italy’s pro-Russian stance said: "Berlusconi and Putin have already spoken and we expect Russia to try to use the personal relationship between the two to urge Italy to derail efforts to condemn its actions in international fora."

On the other side, Washington was surprised by the profundity of disquiet generated in Riga and Warsaw.

The then Latvian foreign minister, Maris Riekstins, put forward a list of potential Russia sanctions which included pulling the 2014 winter games from Sochi and kicking Russia out of the G8. Latvia’s secretary of state, Normans Penke, on 12 August said Nato should discuss military aid to Georgia. "Penke, a former ambassador to Moscow, has a reputation … for being somewhat soft on Russia. You wouldn’t have known it today. His passion seemed genuine and his frustration with Russia, and the inability of Nato to respond forcefully, was deep," the US cable said.  (photo: AP) (via Global Europe)