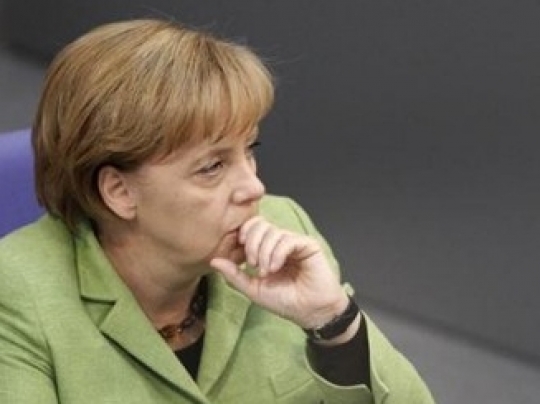 From John Vincour, the International Herald Tribune:  Mr. Putin’s goal is not only to paint an American-led enemy in time for next month’s vote, but to get the West to back off on Iran and on deployment of NATO’s missile shield in Europe through threats and by sowing the notion that America is shoving its friends into confrontations they don’t need.

Germany counts enormously here. It has the West’s biggest economic hold on Russia and, historically, a (sometimes delusional) vision of the two countries’ potential for a golden destiny together. With Germany having gained in power and influence through its appearance of rigor and solidity, if not flexibility, during Europe’s debt misfortunes, the issue now is how assertive Ms Merkel wants to be in naming Mr. Putin’s game. If she chooses to lead, she will make clear that a review of relations with Russia is under way, that its election procedures will be under intense scrutiny, and that in prolonging the extermination of thousands of people by a regime armed by Russia, Mr. Putin will find only contempt in Germany.

The occasion and the urgency are there. The alternative is a Germany seeking to hide behind a comfortable default position as an above-the-fray go-between. It would be a sign of the West’s weakness and a failure of German political instinct.

The precedents and current indicators of a demonstration of German resolve are not terrific: When the heat was on in Libya this spring, Ms. Merkel’s Germany turned its back on France, Britain and the United States, and — abstaining alongside Russia and China — refrained from standing with its allies in approving Security Council intervention. . . . .

Ultimately, Germany, now supposedly leading Europe, faces the question of how much responsibility it wants to take concerning the world’s most jagged political issues. To me, the West seems at a point when a heavy injection of German political courage could make a greater contribution to its role in world stability than Germany’s austerity-for-all economic vision. . . .

So, what are the odds on Ms. Merkel, in a position of rare influence, saying something true and meaningful now about the implications of the awful behavior of Mr. Putin and what to do about the reality of his return to the Russian presidency?

I asked John Kornblum, a former U.S. ambassador and a keen observer of Germany, what he thought of the likelihood of a new kind of German commitment to leadership beyond economics (although the massive trade imbalances favoring Germany are a root factor in Europe’s debt and deficit grief).

“The Germans take more responsibility?,” Mr. Kornblum asked, as if having to field the dumbest question of the week. “They’ll run from it.”  (photo: Reuters)