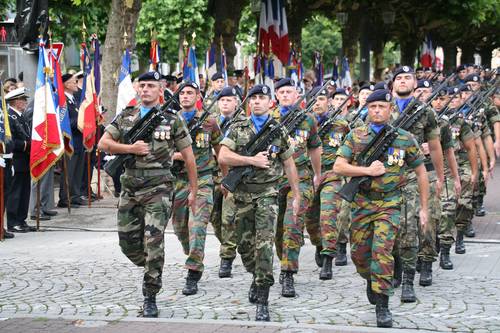 From Anne Applebaum, Washington Post:  [H]ere we are in 2013, watching the French air force and troops come to the aid of the formerly democratic government of Mali, which is fighting for its life against a fanatical Islamist insurgency. Furthermore, this French intervention has (so far) broad national support. Although there have been public criticisms of the operation’s logistics, preparation and ultimate goals, almost no one in France questions the need for intervention. Hardly anyone is even asking “Why France?”

The French have a special, post-colonial sentiment for Francophone Africa (and, according to a French friend, for Malian music) and have intervened there militarily more than 40 times since 1960. But the context of this intervention is different from many previous ones. The aim is not (or not entirely) to prop up a pro-French puppet regime but to block the progress of al-Qaeda in the Islamic Maghreb, the brutal organization that fuels the Malian insurgency and took hostages at an Algerian gas complex last week.

In other words, the French are in Mali fighting an international terrorist organization with the potential to inflict damage across North Africa and perhaps beyond. Not long ago, this sort of international terrorist organization used to inspire emergency planning sessions at the Pentagon. Now the French have had trouble getting Washington to pay attention at all. Some U.S. transport planes recently helped ferry French soldiers to the region but, according to Le Figaro, the Americans at first asked the French to pay for the service — “a demand without precedent” — before wearily agreeing to help.

But other Europeans are offering money and soldiers. The European Union has authorized funding to train African troops who will assist — and it does have more experience than you’d think. E.U. forces, operating far beneath the publicity radar, successfully attacked pirate bases on the Somali coast last spring. “They destroyed our equipment to ashes,” a man described as a “pirate commander” told the Associated Press. All told, the European Union has intervened militarily in more than two dozen conflicts. Not quite as much as the French since 1960, but getting there.

A number of obstacles must be overcome before the European Union could become the world’s policeman. Although combined European military spending does make the E.U. the world’s second-largest military power, it still isn’t enough for a sustained conflict. . . .

Europe may not be the best superpower. But it’s the only one we’ve got.  (photo: Eurocorps)