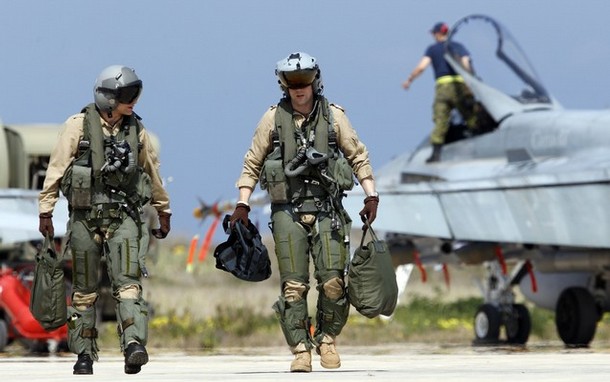 From Jessia Murphy, the Toronto Sun:  Canada has boosted the number of personnel involved in the NATO-led mission in Libya by nearly 200, the military said Wednesday. …

Brig.-Gen Richard Blanchette made the comments during a media briefing on the mission.

He also said Canadian CF-18 fighter jets had been on 14 flights since last week, targeting a number of ammunitions depots and military bunkers in Libya.  (photo: Reuters)