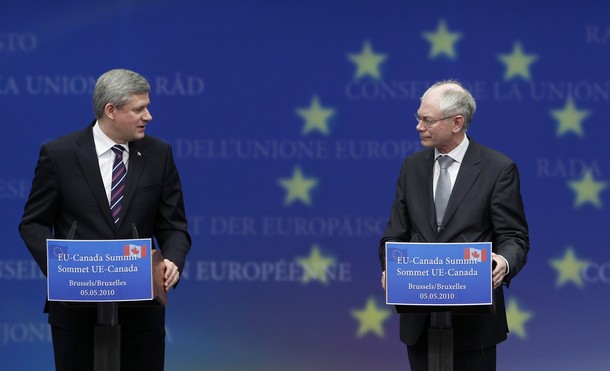 From AFP:  Canada and the European Union will meet their target to sign an "ambitious" free trade agreement in 2011, Canadian International Trade Minister Peter Van Loan said Thursday in Bucharest.

"All the signs right now indicate that we will meet our target of an agreement in 2011 that is ambitious and broad," Van Loan said during a press conference.

A fourth round of negotiations is currently taking place in Brussels.

"After a fifth round in October in Canada, difficult political negotiations will occur and the agreement-drafting will occur," the minister added.