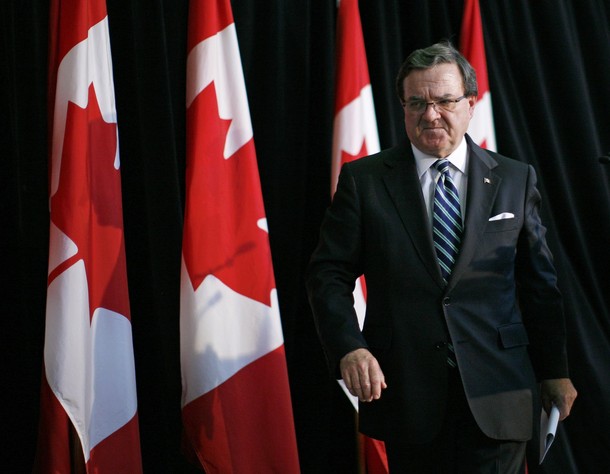 From Rob Gillies, the AP:  Canada’s finance minister reiterated his frustration with Europe and urged countries there to take overwhelming action to recapitalize their banks and deal with the sovereign debt crisis ahead of a two-day visit by German Chancellor Angela Merkel.

Finance Minister Jim Flaherty said Wednesday it’s frustrating because they’ve known for years what needs to be done, but he said it’s difficult to solve because the European Union lacks a central ministry of finance.

Flaherty also reiterated Canada’s refusal to contribute to a global bailout package for Europe through the International Monetary Fund. He said Europe is wealthy and has the resources to solve the problem by itself. The United States has also declined.

Merkel and Harper are also expected to discuss Canada’s bid for a free-trade pact with the European Union. Harper wants an agreement by the end the year. He said this week there are some rounds of negotiations still to go.  (photo: Reuters)