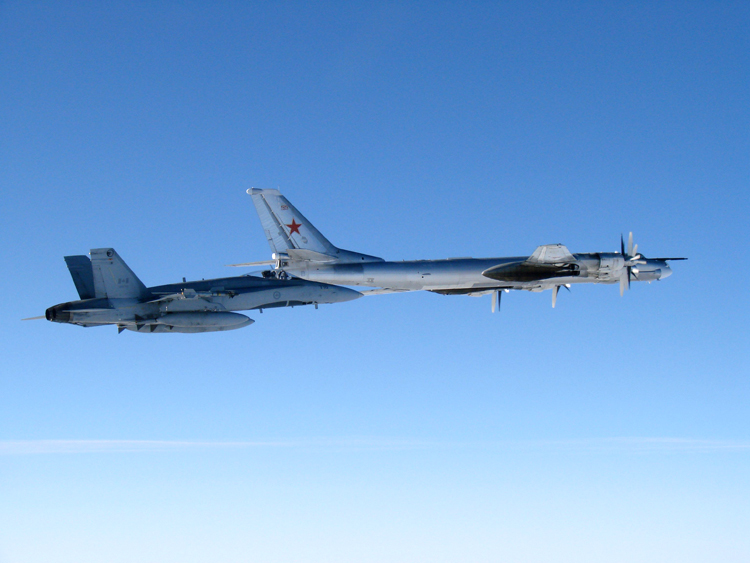 Attempts by Russia to test Canadian airspace have been going on since 2007; military and intelligence analysts tell QMI Agency the frequency has been increasing since then, but one senior official described Wednesday’s event as "not the usual s–t."

"They were in the buffer zone," said MacKay, stressing that although the planes did not enter Canada’s sovereign airspace, the bombers did come inside the 300 nautical mile zone that Canada claims.

"They did not give us any advance notice," said MacKay, adding that NORAD fighter jets have intercepted between 12 and 18 Russian bombers per year since 2007. After the CF-18s made contact with the Russians the pilots shadowed them until the bombers turned northeast and headed out of Canadian airspace. …

The incursion into Canadian airspace also comes as debate rages over whether Canada needs the next generation of fighter jets to replace the nearly 30-year-old CF 18s. The Harper government has committed to buying 65 F-35 stealth fighters at a cost of $9 billion. Critics have said such Cold War-type jets are no longer needed.  (photo: ctv.ca)