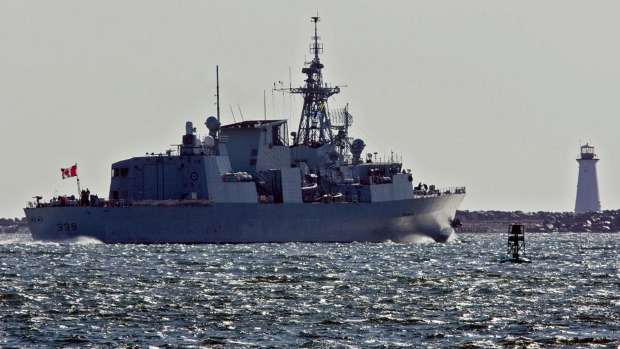 From the Globe and Mail:  A Canadian Forces officer who served for a decade inside military intelligence has been charged with passing government secrets to foreign interests over the span of four and a half years – a case that threatens this country’s reputation among its closest allies.

The charge is the first ever laid under Canada’s rarely used Security of Information Act, passed after the Sept. 11, 2001, terrorist attacks. The offence carries a maximum penalty of life in prison.

Sub-Lieutenant Jeffrey Paul Delisle, 40, works as an intelligence officer at the Royal Canadian Navy’s HMCS Trinity centre in Halifax. Trinity gathers and analyzes information for warships. It receives intelligence collected by unmanned aerial drones operated from vessels. And perhaps most critically in the eyes of Canada’s international partners, it is a nerve centre for information that is collected and then shared among allies including the United States. . . .

The Mounties would not say whether the allegations involve a country or some other group. CTV reported Monday night that SLt. Delisle passed information on to Russian interests. . . .

The Delisle case has the potential to anger allies because a Canadian military intelligence staffer might have access to the secrets of our allies.

“When it comes to signals intelligence, the league of English-speaking people are joined at the hip … you’d have a hard bargain trying to sell Canadian secrets, wouldn’t you?” said John Pike, director of the GlobalSecurity.Org website, in an interview. “He’s going to have had access to whatever the Americans have access to.”

The case will likely force the Pentagon to do a damage assessment over the possibility of compromised secrets, Mr. Pike added. Intelligence gathered by naval vessels “is how we keep track of China at sea … how we keep track of Iran and North Korea, their shipments around the world,” he said.  (photo: Andrew Vaughan/The Canadian Press)