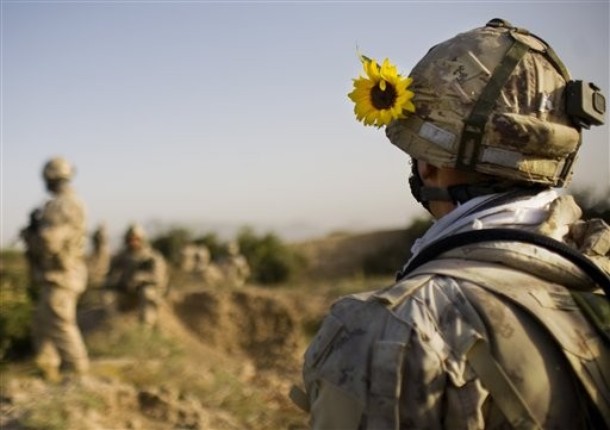 From Jonathan Monpetit, the Canadian Press:  Canada’s planned withdrawal of troops from Kandahar next year threatens to undermine progress being made in the volatile Afghan province, a senior NATO officer said Wednesday.

Coalition and Afghan forces in Kandahar have in recent months launched a multi-pronged offensive against Taliban insurgents. Many see the operation, dubbed Hamkari, as the international community’s last chance to bring stability to southern Afghanistan.

NATO’s chief of operations for southern Afghanistan, Col. Dave Bellon, said the Canadian withdrawal, which will occur during the middle of next year’s fighting season, “couldn’t be at a more critical time.”

Col. Bellon indicated it will be impossible to replace Canada’s more than 1,000 combat troops without diminishing forces elsewhere in the country.

“I’ll shoot you straight; it’s going to hurt us,” Col. Bellon said. “There is no other country that is going to come in and backfill Canada in Panjwaii, except the United States, and there are no additional forces (in Afghanistan).

“That means we’re going to take an already stretched force and stretch it farther. …”

Though Col. Bellon stressed he was speaking for himself, and not NATO, it is a poorly kept secret that the organization is actively lobbying Ottawa to rethink its plans to end the combat mission in 2011.  (photo: AP)