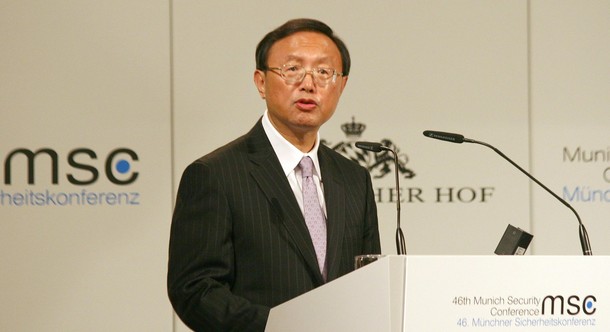 From Xinhua:  China and NATO have a potential to develop a certain partnership in the future, especially in addressing security challenges, said Wolfgang Ischinger, Chairman of Munich Security Conference (MSC).

Ischinger, in an interview with Xinhua ahead of the annual conference which will be held in Munich from Friday to Sunday, said that he believed that NATO and China could be good partners in addressing security challenges, not only in Asia, but also in the world.

He called on the two sides to "sit together to discuss the rules of the game," in order to make sure that what the NATO do is never considered to be against the interests of China. …"

"Chinese interests, stability, regional progress, are totally compatible with kinds of non-proliferation interests, which we in Europe have been regarding in our own region and globally," he said. …

"I was very happy last year to be able to welcome the foreign minister of China, Yang Jiechi, who was one of our keynote speakers. China today is one of the key political elements in the world," he said.

He also said he expected that in the future more senior Chinese political leaders would participate actively in the Munich conference.  (photo: Reuters)