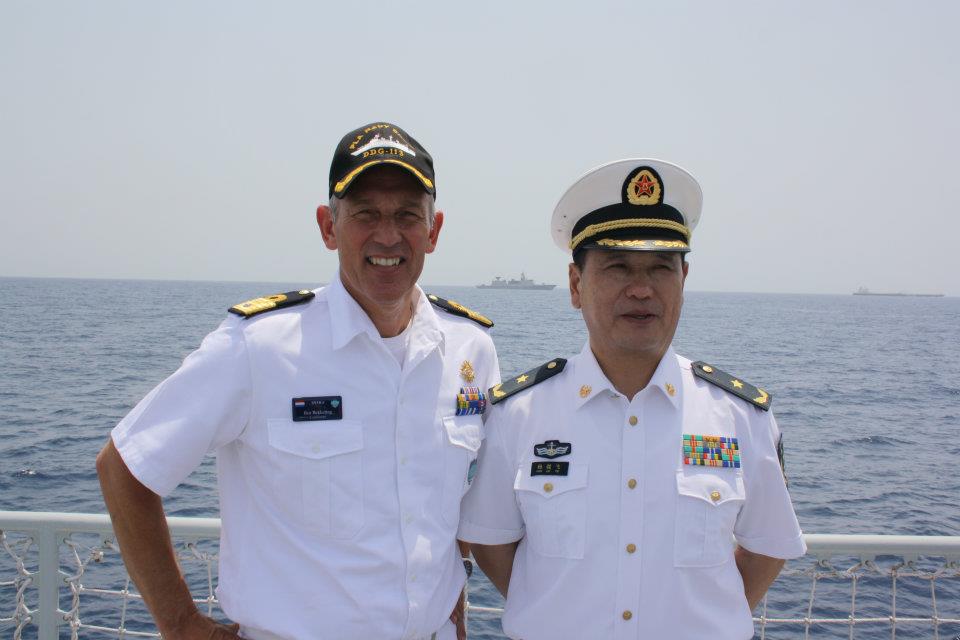 Chinese navy escort task forces have maintained smooth communication with other navies in the areas of joint escort, information sharing, coordination and liaison. They have conducted joint escorts with their Russian counterparts, carried out joint anti-piracy drills with naval ships of the ROK, Pakistan and the US, and coordinated with the European Union to protect WFP ships. It has exchanged boarding visits of commanders with task forces from the EU, NATO, the Combined Maritime Forces (CMF), the ROK, Japan and Singapore. It has exchanged officers for onboard observations with the navy of the Netherlands. China takes an active part in the conferences of the Contact Group on Piracy off the Coast of Somalia (CGPCS) and "Shared Awareness and Deconfliction" (SHADE) meetings on international merchant shipping protection. . . .

Since 2007, the PLAA has conducted a number of joint training sessions with its counterparts of other countries. The PLAA joined the "Hand-in-Hand 2007" and "Hand-in-Hand 2008" joint anti-terrorism training sessions with the Indian army, "Peacekeeping Mission-2009" joint peacekeeping exercise with the Mongolian army, "Cooperation-2009" and "Cooperation-2010" joint security training exercises with Singapore, "Friendship Operation-2009" and "Friendship Operation-2010" joint military training of mountain troops with the Romanian army, and joint SOF unit training with the Turkish army. . . .