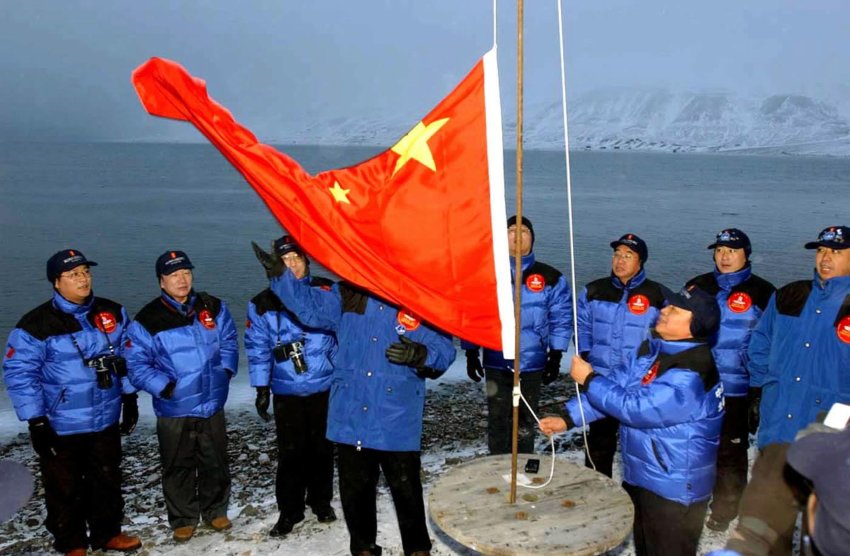 From Christoph Seidler, Spiegel:  You didn’t hear much Chinese spoken on the Mackenzie River until the summer of 1999 . But then excitement swept through the sleepy Tuktoyaktuk settlement in Canada’s Northwest Territories, when a vast ship with a crew from the Asia-Pacific unexpectedly docked in the port. Local authorities were caught off-guard by the arrival of the research icebreaker Xue Long, which means "snow dragon." The vessel — 170 meters (550 feet) long and weighing 21,000 metric tons — had in fact informed faraway Ottawa of its intention to sail into Canada’s arctic waters, but the message hadn’t been passed on.

Today, such an incident probably wouldn’t happen. States around the North Pole keep careful and regular watch on visitors from China. Its "growing interest in the region raises concern — even alarm — in the international community," the Stockholm International Peace Research Institute (SIPRI) recently wrote. And this despite the fact that "the Arctic is not a foreign policy priority" for Beijing.

The equation seems simple. China is hungry for natural resources, and the Arctic is rich in natural resources. What could be more straightforward? But Beijing insists that its interest in the region is first and foremost for research purposes, that the Arctic can help shed light on climate change, that it offers useful shipping routes, and so on and so forth. . . .

Beijing’s raw-materials managers are also eyeing Greenland. Just outside the capital, Nuuk, a British company has teamed up with Chinese financiers to develop a giant iron ore mine. Over 2,300 Chinese workers will be employed here, boosting the island’s population by 4 percent. The total investment will be around €1.7 billion. . . .

Traditionally, China has upheld the principle of non-intervention. Accordingly, at the conference in Tromsø, the Chinese ambassador to Norway resorted to a linguistic slight of hand to justify his country’s focus on the Artic region: Northeastern China, Zhao [Yun, Beijing’s ambassador to Norway] explained, stretches almost to 50 degrees north latitude, making his country what he called "a near-Arctic state." According to that logic, the German island of Sylt, which lies at 54 degrees north latitude, could also be described as "near-Arctic" — but no one would.

"China’s arctic research is still at the starting stage," Zhao said. In 2004, China — like many other countries, including Germany — set up a research station on the Norwegian island of Spitsbergen. Meanwhile, the Polar Research Institute in Shanghai trains scientists specialized in the region, while another 120-meter-long icebreaker is currently being built with Finnish help.

The Xue Long has now made five trips to the Arctic.  (photo: Spiegel)