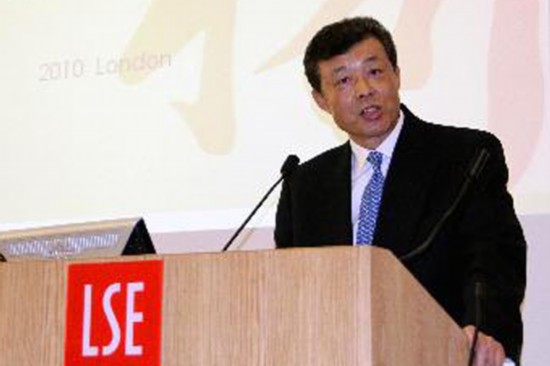 From Anthony Faiola, the Washington Post:  [S]peculation among traders that cash-rich China might step in and buy hard-hit European bonds, along with Chinese officials suggesting that Beijing would keep supporting the euro, helped the currency claw out a gain Monday after briefly hitting a four-month low against the dollar.

The market’s reaction underscores the global clout of Chinese cash, with the mere suggestion that Europe might enlist Beijing’s aid having a calming effect on some investors.

China is already embarking on a charm offensive in Europe, seeking to strengthen its diplomatic and economic footprint in the region.

Influential Vice Premier Li Keqiang landed in London on Monday, inking auto, energy and other trade deals worth more than $4 billion with British officials. Those agreements came on the heels of equally lucrative stops last week in Berlin – Chinese demand has been driving Germany’s export-led recovery – and Madrid. …

"This has been a freezing winter for Europe, not only in terms of the heaviest snow for decades . . . but also as a result of the debt problem that has beset some countries," Liu Xiaoming, Chinese ambassador to Britain, wrote in the Telegraph newspaper last week. Nevertheless, he added, "cold Europe is feeling the warmth of the Chinese breeze. China is doing what a Chinese proverb says about ‘sending charcoal in snowy weather. …’"

China has a strategic interest in shoring up the euro, which has fallen sharply against the dollar in recent weeks, as debt fears have rippled through the 17-nation euro zone. China’s own currency is pegged to the dollar, so the fall in the euro against the U.S. greenback has made Chinese exports more costly in the European Union, which trades more with Beijing than even the United States.  (photo: Xinhua)