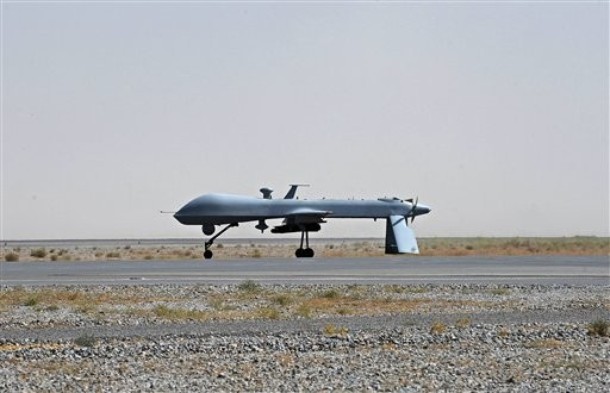 From Greg Miller, the Washington Post:  A sharply escalated campaign of CIA drone strikes in Pakistan is aimed in part at al-Qaeda units suspected of planning terrorist attacks on targets in Europe , a threat that U.S. officials described as "credible but not specific" enough to allow authorities to anticipate precisely where or when a strike might occur.

The intensified bombing of targets in North and South Waziristan represents an expansion of the secret drone program from its origins as a weapon used in a selective hunt for high-ranking operatives to one now delivering a barrage of strikes in the hopes of disrupting a still-murky plot.

A U.S. official said that President Obama and congressional leaders have been briefed extensively on the European threat in recent weeks and that the warnings are considered ominous enough to warrant preemptive strikes. …

Several U.S. officials interviewed would not speak publicly about the campaign, or the intelligence behind the fears over a European terror plot. Director of National Intelligence James R. Clapper Jr. said in a statement Tuesday: "We know al-Qaeda wants to attack Europe and the United States. We continue to work closely with our European allies on the threat from international terrorism, including al-Qaeda."

The U.S. has shared intelligence with European allies in recent days, Clapper said, and is working with "our key partners in order to disrupt terrorist plotting, identify and take action against potential operatives, and strengthen our defenses against potential threats. …"

ABC News reported that information about the European plot had been based to a large extent on the interrogation of a suspected German terrorist now being held in U.S. custody at Bagram air base in Afghanistan.

U.S. officials confirmed that there is a detainee at Bagram who had been captured in that country and holds a German passport, but they played down any connection between the prisoner and the stepped-up drone campaign.  (photo: AP)