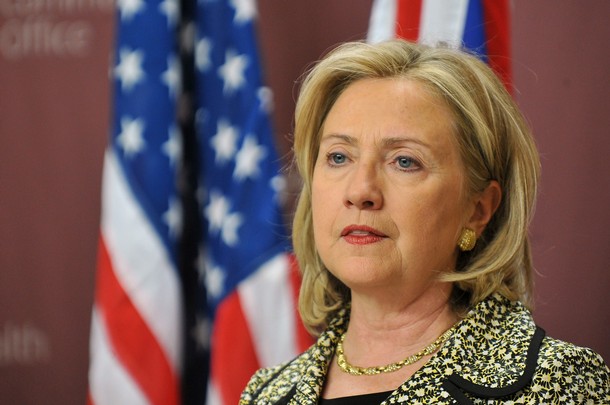 From David Stringer, the AP:  U.S. Secretary of State Hillary Rodham Clinton on Monday urged more NATO nations to take an operational role in the air campaign in Libya, and defended her own country’s contribution to the mission.

"We have a lot of confidence in what our joint efforts are producing. We would like to see some other of our NATO friends and allies join in with us, in order to make sure that the pressure is maintained consistently," Clinton told reporters, following talks with British Foreign Secretary William Hague.

Clinton also defended the contribution of the U.S. — which handed control of the mission to NATO in late March — following questions over Obama’s commitment.

"Even today, the United States continues to fly 25 percent of all sorties, we continue to provide the majority of intelligence, surveillance and reconnaissance assets," Clinton said.

NATO said that 13 of its 28 member nations are offering equipment to the 17-nation strong alliance carrying out the air campaign in Libya.  (photo: Getty)