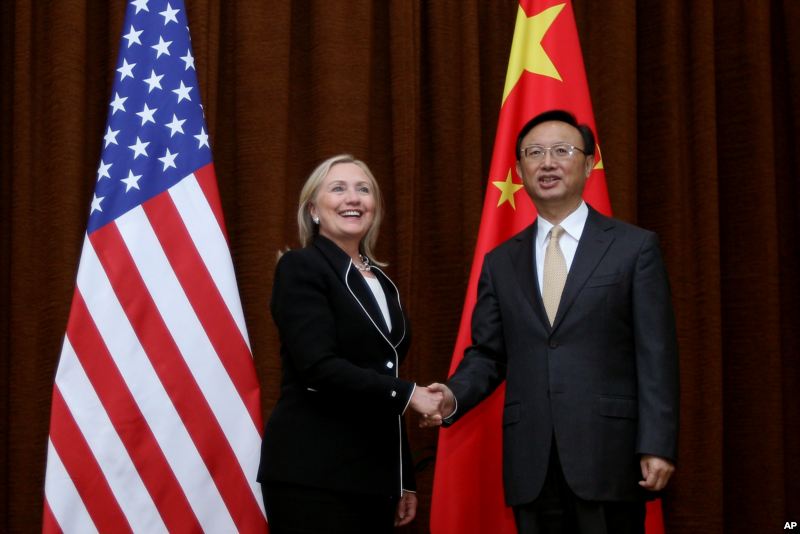 From the Department of State:  Excerpts from remarks by U.S. Secretary of State Hillary Clinton and Chinese Foreign Minister Yang Jiechi at the Great Hall of the People in Beijing.

SECRETARY CLINTON:  I also raised the growing threat of cyber attacks that are occurring on an increasing basis. Both the United States and China are victims of cyber attacks. Intellectual property, commercial data, national security information is being targeted. This is an issue of increasing concern to the business community and the Government of the United States, as well as many other countries, and it is vital that we work together to curb this behavior. . . .

FOREIGN MINISTER YANG: (Via interpreter.)  Like many countries, China is also a victim of cyber attacks. We’d like to work with the United States and some others to step up our communication and cooperation with respect to ensuring cyber security.  (photo: AP)