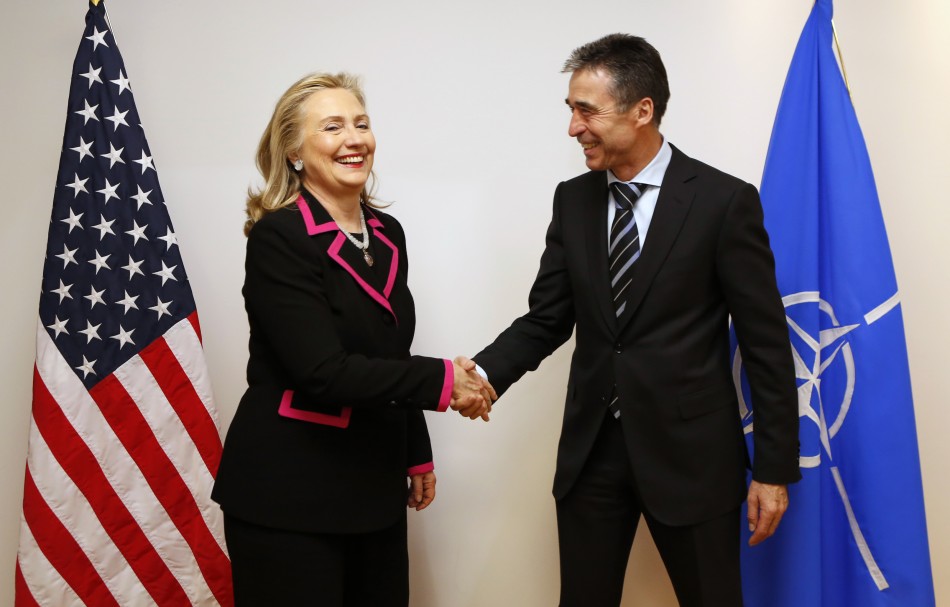 From Hillary Rodham Clinton, Department of State:  I’ve spent a good amount of time in this building during the past four years, and I think it was time well spent. The alliance has made great strides, and we’ve seen, just in the past 24 hours, how much ground member-states can cover when we are working together. And it proves, once again, why this alliance is one of the greatest forces for security and stability in history.

Yesterday, at the meeting of the North Atlantic Council, we reached a decision to augment Turkey’s air defenses to protect against a threat of ballistic missiles from Syria and reinforce our commitment to Turkey’s security. The United States expects to make a contribution to this essential NATO mission.

At yesterday’s meeting of the NATO-Russia Council, we reviewed our extensive cooperation with Russia in places like Afghanistan and also spoke frankly about the areas of disagreement that continue to exist between NATO and Russia, including Georgia’s sovereignty and territorial integrity and the need for a political transition in Syria.

At today’s meeting with our non-NATO ISAF partners, we reviewed the situation on the ground in Afghanistan as the transition to 2014 continues, when the Afghan National Security Forces will have full responsibility for Afghanistan’s security, with the U.S. and ISAF forces in a supporting role. And we discussed the need for an efficient, transparent, accountable mechanism to channel the international community’s contributions to the Afghan forces.

At the NATO-Georgia Commission meeting this morning, we continued our conversation with Georgia about how it can keep making progress toward NATO, especially by continuing to strengthen democratic institutions, reform their armed forces, and contribute to our common security.

When you take a step back and consider all the important issues that we covered in a single ministerial meeting here at NATO, it reveals, again, how critical our alliance is. After more than 60 years, it keeps us safe; it projects security and stability globally. And through our partnerships, we’re able to do more in more places. For the United States, we find it extremely valuable to be able to consult closely with our European allies on challenges from Syria to the Middle East to North Korea.

When I think back on the past four years and all we have accomplished together, it really is quite impressive: summits in Strasberg, Lisbon, and Chicago that put forth very substantive outcomes; a new strategic concept to guide NATO in the 21st century; a major successful operation in Libya; a plan to protect all allies from ballistic missiles; a substantive dialogue with Russia started again after having been frozen; chartering a course for the transition in Afghanistan; and of course, enlarging the alliance to include Albania and Croatia.

So the United States is grateful to NATO. We believe it’s needed more than ever, and therefore we believe we all must continue to invest in it, politically, financially, diplomatically, and communicate to our people the value that NATO brings, because these investments are worth it.

And finally, on a personal note, I’ve been very proud to work with Secretary General Rasmussen and the extraordinary team here at NATO, along with my foreign ministerial colleagues. And I thank all of them for the excellent working relationship that we’ve enjoyed the past four years.

Excerpt from remarks to the press by Secretary of State Hillary Rodham Clinton at NATO Headquarters.  (photo: International Business Times)