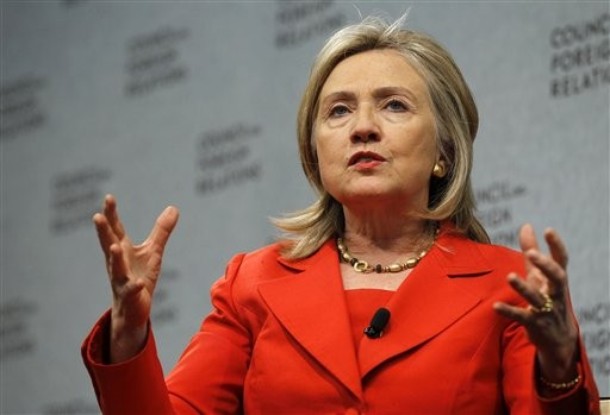 From Hillary Clinton, the Council on Foreign Relations:  As Dean Acheson put it in 1951, the ability to evoke support from others is quite as important as the capacity to compel. …

In November I was privileged to help mark the 20th anniversary of the fall of the Berlin Wall, which closed the door on Europe’s broken past. And this summer, in Poland, we marked the 10th anniversary of the Community of Democracies, which looks ahead to a brighter tomorrow. At both events I was reminded of how far we have come together, what strength we draw from the common wellspring of our values and aspirations. The bonds between Europe and America were forged through war and watchful peace, but they are rooted in our shared commitment to freedom, democracy and human dignity.

Today we are working with our allies there on nearly every global challenge. President Obama and I have reached out to strengthen both our bilateral and multilateral ties in Europe. And the post-Lisbon EU is developing an expanded global role, and our relationship is growing and changing as a result.

Now there will be some challenges as we adjust to influential new players, such as the EU Parliament, but these are debates among friends that will always be secondary to the fundamental interests and values we share. And there is no doubt that a stronger EU is good for America and good for the world.

And of course NATO remains the world’s most successful alliance. Together with our allies, including new NATO members in Central and Eastern Europe, we are crafting a new strategic concept that will help us meet not only traditional threats but also emerging ones, like cybersecurity and nuclear proliferation. Just yesterday President Obama and I discussed these issues with NATO Secretary-General Rasmussen.

After the United States was attacked on 9/11, our allies invoked Article 5 of the NATO Charter for the first time. They joined us in the fight against al Qaeda and the Taliban. And after President Obama refocused the mission in Afghanistan, they contributed thousands of new troops and significant technical assistance. We honor the sacrifices our allies continue to make and recognize that we are always strongest when we work together.