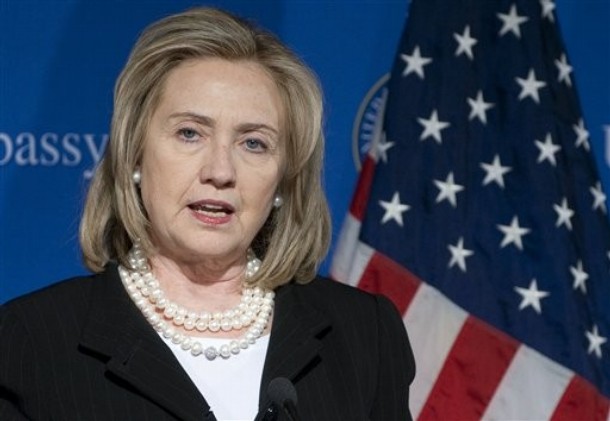 From Judy Dempsey, the New York Times:  At the meeting, NATO discussed the controversial issue of U.S. plans to deploys parts of a missile shield in Eastern Europe.

Secretary of State Hillary Rodham Clinton called for cooperation between NATO and Russia on the issue, saying such that would protect Europe and Russia against threats.

“From the NATO side, our position is very clear: We are thinking about two separate systems, a NATO system and a Russian system, but with a common objective,” Mrs. Clinton told the foreign ministers Friday. “So these two systems should coordinate and cooperate closely, exchange data and thereby make the overall architecture effective.”

She said the two missile defense centers — one for data sharing and one for advance planning and coordinating operations — could serve as linchpins for a cooperative approach to European missile defense. “They could offer a higher level of protection for NATO and Russia than if we acted separately.”

“We want to work together to set up mechanisms that will ensure long-term cooperation on missile defense between NATO and Russia,” she said. “We are optimistic that the NATO-Russia council can agree on a way forward based on the principle of equal partnership.”

Mrs. Clinton also raised the prospect of new negotiations to strengthen conventional arms control in Europe. But Mrs. Clinton insisted that “to get there, Russia must be willing to talk to its neighbors about its equipment and forces in disputed territories.”

Mrs. Clinton was referring to the presence of Russian troops in Transnistria, which is attempting to break away from Moldova, as well as the breakaway Georgian regions of Abkhazia and South Ossetia that are supported by Russia.  (photo: AP)