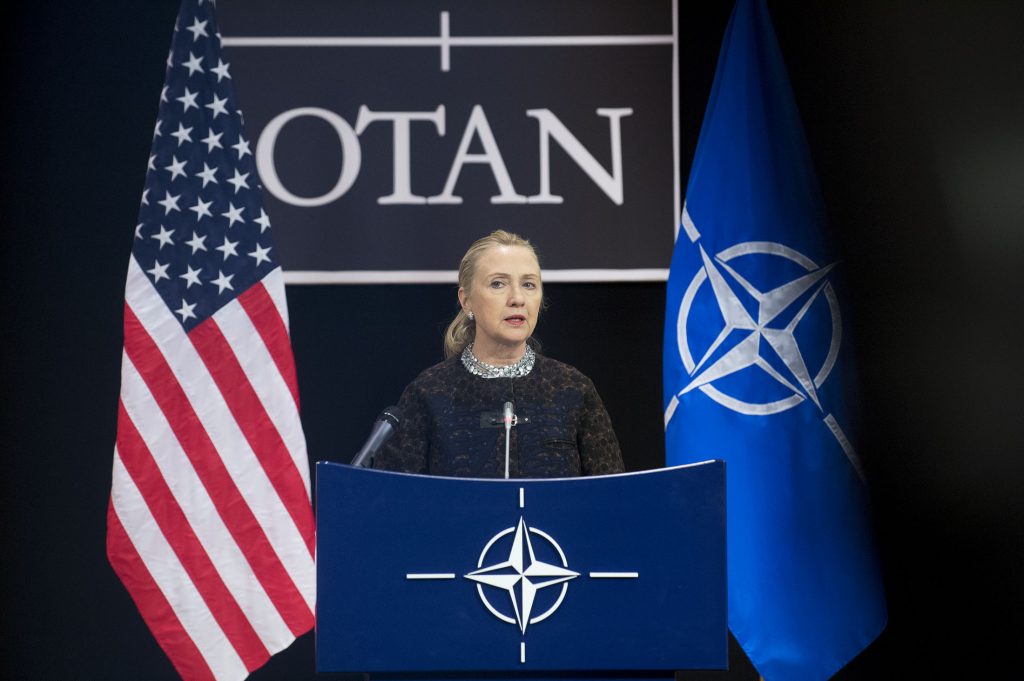 From Hillary Rodham Clinton, Department of State:  I think it’s a great tribute to NATO that this decision to deploy the Patriots was taken, because it’s very much in line with our solidarity among all of the members. This is for defensive purposes; that’s made absolutely clear in the statement that was agreed upon. It is solely for the defense of Turkey. It will have no offensive or other purpose. I don’t believe that it necessarily brings any greater attention to the tragedy unfolding in Syria, but it does send a clear message to the Syrians that Turkey has the full support of all its NATO allies.

And I have to say again what I said on Monday, what President Obama has said repeatedly: We’ve made our views absolutely clear to the Syrians, to the international community, through various channels – public, private, direct, indirect – that this is a situation that the entire international community is united on. And our concerns are that an increasingly desperate Assad regime might turn to chemical weapons or might lose control of them to one of the many groups that are now operating within Syria. And so as part of the absolute unity that we all have on this issue, we have sent an unmistakable message that this would cross a redline and those responsible would be held to account. And we intend to make that view as clear as we possibly can.

Now ultimately what we should be thinking about is a political transition in Syria and one that needs to start as soon as possible. Now that there is a new opposition formed, we are going to be doing what we can to support that opposition. I’m looking forward to the Friends of the Syrian People meeting next week in Marrakesh, where we will explore with likeminded countries what more we can do to try bring this conflict to an end. But that will require the Assad regime making the decision to participate in a political transition, ending the violence against its own people. And we hope that they do so because we believe, as you know, that their fall is inevitable. It’s just a question of how many people will die until that date occurs.

So on Syria there’s great concern here at the alliance but a great solidarity in defending Turkey and sending a clear message to the Assad regime and in trying to work toward the day when we can see the conflict come to an end.

Excerpt from remarks to the press by Secretary of State Hillary Rodham Clinton at NATO headquarters. (photo: NATO)