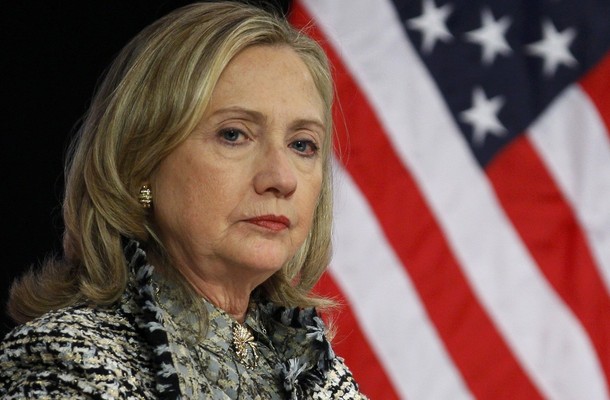 Although not on the official agenda of today’s meeting of NATO Foreign and Defense ministers, the continuing violence in Syria forced NATO leaders to discuss the issue and its impact on the alliance.

When asked if Syria had been discussed by the assembled NATO leaders, Secretary General Anders Fogh Rasmussen responded that "we [NATO] have no intention to intervene in Syria. We’re not considering taking action." In regards to how NATO would respond to a request by Turkey to invoke the alliance self-defense clause, Article 5, Ramussen replied; "if there is a request from any Ally to consult on a security situation we have the very clear rule, it’s also clearly stated in our Strategic Concept, that we are prepared to consult on any issue that may be raised by any Ally. But so far we have not received a request."

Rasmussen’s statements were consistent with NATO’s efforts to avoid becoming entangled in another Middle East conflict. After Afghanistan and Libya, the West is weary of war and would rather the larger international community, the UN in particular, deal with the geo-strategic and humanitarian complexities of Syria.

Nevertheless, not long after Rasmussen’s press conference, U.S. Secretary of State Hillary Clinton boldly and explicitly linked NATO to the violence in Syria. Rather than trying to keep the topic of Syria at arms length from NATO and the consultations of its Foreign and Defense ministers, Clinton declared;"make no mistake about it; this conflict is taking place right on NATO’s border. We saw, just last week, the shelling across the borders into Turkey and into Lebanon. Our NATO ally, Turkey, has already suffered the effects of not only the influx of refugees that it is very generously housing, but also having two people killed on their side of the border because of Syrian artillery."

According to Clinton’s description, the spillover of violence across Syria’s border with Turkey is not a hypothetical issue that NATO can avoid, but a serious and pressing security concern for the alliance. Furthermore, Clinton acknowledged that the topic was receiving widespread attention behind the closed doors of today’s ministerial meetings. "Syria was a subject of conversation among many of our allies today. Every country in NATO is watching the situation with concern."

Clinton’s forward leaning language connecting NATO to the situation in Syria may have been a result of bilateral conversations with Turkish Foreign Minister Ahmet Davutoglu. After all, it was only a few days ago that Turkey’s Prime Minister Recep Tayyip Erdogan responded to violence across its border with Syria with the warning that “NATO has a responsibility to protect Turkish borders," According to CNN, last Monday, Clinton and Davutoglu discussed creating a buffer zone in Syria. In the words of one US official, "It would be correct to say this idea is getting another look in the last week or so," Clinton and Davutoglu may be closer to agreement on this after today’s discussions at NATO headquarters.

Clinton’s language today at NATO may be the most aggressive expressed yet by the Obama administration on Syria. According to Clinton, "we are at a crucial turning point. Either we succeed in pushing forward with Kofi Annan’s plan in accordance with the Security Council direction, with the help of monitors steadily broadening and deepening a zone of non-conflict and peace, or we see Assad squandering his last chance before additional measures have to be considered [emphasis added]."