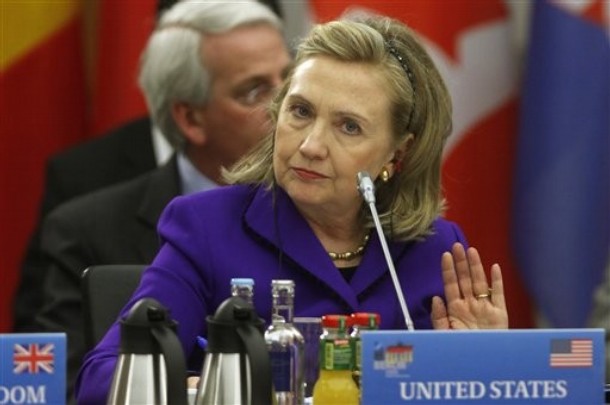 From Matt Spetalnick, Reuters:  Secretary of State Hillary Clinton urged NATO on Thursday to maintain unity, saying Libyan leader Muammar Gaddafi was trying to test the alliance’s resolve in the Western-led air campaign against his forces.

"As our mission continues, maintaining our resolve and unity only grows more important," Clinton said in prepared remarks to a NATO foreign ministers’ meeting in Berlin amid signs of strain within the alliance. "Gaddafi is testing our determination."

She said the international coalition was "escalating the pressure and deepening the isolation of the Gaddafi regime." She called for efforts to "sharpen the choices facing those around him."  (photo: AP)