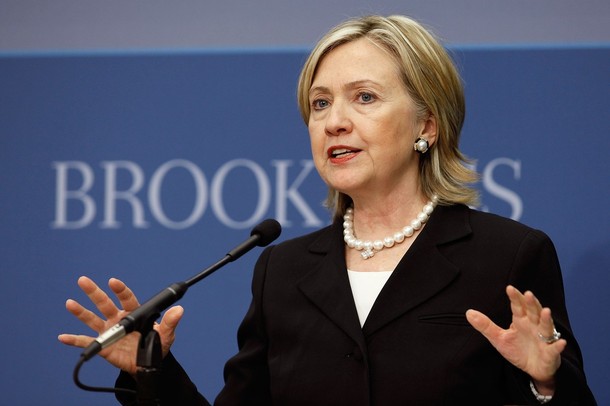 From Secretary Hillary Clinton, the State Department:  We have to do a better job of reforming NATO institutions and requiring them to be more cost-conscious and effective in order to maximize the impact of every dollar that every taxpayer of any NATO country – led by, of course, the United States – has in terms of a return on investment for their investment in NATO. NATO has gotten sprawling, hundreds and hundreds of committees, too many staff. There’s just a lot that can be done to literally save money and focus the mission of NATO. At the same time, countries have to recognize that as we try to streamline the operations of NATO, their contributions to their collective defense have to be more than they are today.

NATO has given a big umbrella to European countries to permit them to grow and develop, and it was an important mission for the United States to do that, and it created an era in Europe that is unprecedented in history in terms of the unity and the common purpose that both the EU and NATO represent. But we do have to expect more from NATO, and we have to expect more from the member nations.

But I don’t want to go just hat in hand and say you’ve got to do more country X or country Y for the collective defense without also moving very robustly on the reform agenda, because you cannot keep feeding the existing institution and expect to get a different result in terms of cost-effectiveness.