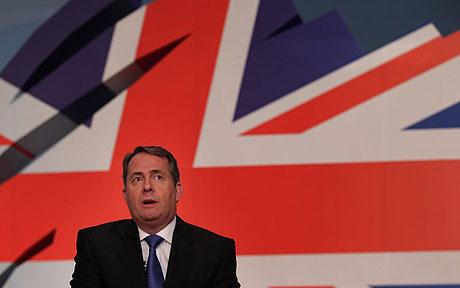 From Liam Fox, the Telegraph:  [T]his week will mark the beginning of a long-term commitment to closer cooperation on defence and security projects with France our most important bilateral defence relationship in Europe.

The aim of this week’s summit will be to strengthen the relationship at all levels and foster closer cooperation in a number of defence areas including joint training, bilateral cooperation on the acquisition of equipment and technologies, improved interoperability, and information sharing between our two militaries. …

David Cameron and President Sarkozy are right to seize this opportunity. After this week’s summit our defence relationship with France will be taken to a new level, the closest its ever been.

This is not a repeat of Tony Blair’s St Malo summit that called for deeper military co-operation through the EU. Nor is this a push for the EU Army that we oppose. …

A strong and capable France is in Britain’s military interest and closer Anglo-French cooperation will make NATO stronger.

Nor will it, in anyway, change the Special Relationship with our main global strategic partner, the United States. Quite the contrary; the increased capability and effectiveness that we will achieve through this co-operation will make us stronger partners.

Our NATO allies and the United States want British and French forces to be as capable and interoperable as possible, this is exactly what this new era of Anglo-French cooperation will achieve.