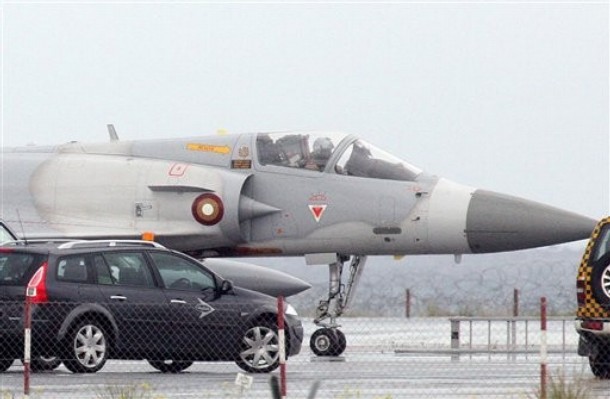 From Andrew Rettman, EUobserver:  Cyprus, which opposes the campaign, first declined permission for three Qatari planes to use its Larnaca airport to refuel on the way to Libya. It later granted permission on the basis of international aviation law when the planes said they had to make an emergency landing because they were running out of petrol.

A statement by a retired UAE air chief also highlighted the geo-political complexities of the anti-Gaddafi coalition.

Speaking at a security seminar in the emirates on Tuesday, general Khaled al Bu-Ainnain said the UAE had originally planned to send 24 fighter jets to enforce the no-fly zone. But it will now limit itself to humanitarian support in revenge for Western powers failing to back the UAE line that unrest in Bahrain is down to Iran.

"The GCC [Gulf Co-operation Council] is supporting Bahrain, and they were not happy at all with the European and American attitude … They think it’s a matter of a civil movement, a matter of democracy. It is much beyond it," he said, according to local media.

"What’s going on in Bahrain is beyond the understanding of our Western allies. It is a complete conspiracy of the Iranians."

The frigate with 205 sailors will be ready for deployment in 30 days, Basescu said after the meeting of the Romanian Supreme Defence Council.

From Philip Ewing, Morning Defense:  As of Tuesday, here was the latest rundown for operations in the Libyan campaign, as provided by a top Pentagon spokesman, Navy Capt. Darryn James.