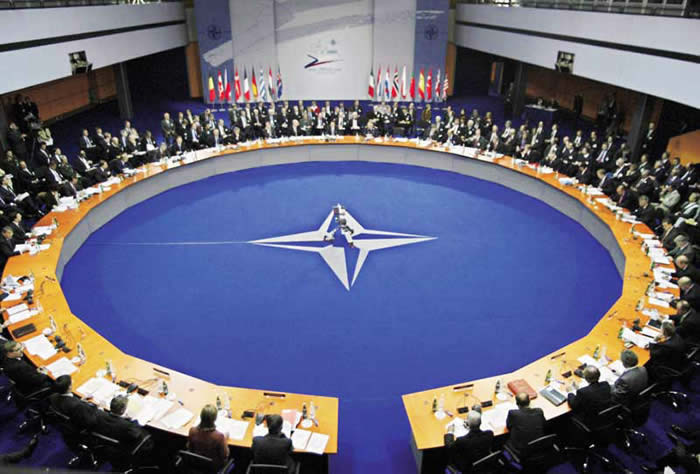 From James Joyner, the New Atlanticist:  [T]he operative word that almost certainly disqualifies this incident from an Article 5 response is "attack." Turkey was engaged in aggressive action along its border with Syria during a particularly tense situation and flew into Syrian airspace. While shooting down the plane was almost certainly an overreaction–the Assad government has said as much–it’s hardly an "attack."

Ultimately, like the "high crimes and misdemeanor" threshold for impeachment set forth by the US Constitution, it’s a judgment call. In the former case,  the House of Representatives makes the call; in the latter, it’s the North Atlantic Council.

But it’s virtually inconceivable that the NAC would deem this to be a qualifying "attack." First, Article 5 couches the response in terms of "the right of individual or collective self-defence recognised by Article 51 of the Charter of the United Nations." An overly aggressive defensive action by Syria–especially a one-off–would not seem to qualify. While the Turkish pilot would certainly have been within his rights to use deadly force to protect himself, a retaliatory strike at this juncture by Turkey–much less its NATO allies–would be in violation of the UN Charter. Second, borrowing language from Article 51, Article 5 specifies the rationale for the use of force as "to restore and maintain the security of the North Atlantic area." Given that the incident is already contained–that is, not likely to be followed by any sort of follow-on action by Syria absent further provocation–said security already exists. Indeed, a NATO or Turkish response would make the area more, not less, secure.

A second misconception is that an attack under Article 5 will automatically be met by unified military action by all NATO states. Instead, a declaration by the NAC that Article 5 has been triggered is but a first step; decisions as to what response to take must follow. Not all attacks are equal. . . .

In the case of Syria, of course, the incident hardly comes out of the blue. Tensions have been escalating for well over a year, with a series of international condemnations and resolutions from the UN and many if not most NATO states. At the same time, the Security Council has, through the veto power of Russia and China, declined to act. And NATO Secretary General Anders Fogh Rasmussen has repeatedly and vehemently declared from the outset that NATO has no intention of repeating its intervention in Libya with one in Syria.

Granting that I oppose Western intervention into Syria just as I did into Libya, it’s difficult to see how yesterday’s incident changes anything. Surely, the killing of some 20,000 Syrians, most innocent civilians, is a greater cause for action than the downing of a single fighter jet flying where it wasn’t supposed to? And the facts on the ground haven’t changed one iota: Bashar al-Assad still has a powerful, loyal military and the opposition is a fractured mess. So, NATO military action is no more appealing now than it was Friday morning.

Additionally, Assad has handled the aftermath of this incident deftly. He swiftly expressed remorse for the loss of life caused by the shooting down of Turkey’s jet–almost surely the decision of a relative low level operator making a rapid decision under extreme stress rather than a considered policy judgment of the central government–and promptly not only gave Turkey permission to begin a recovery operation in Syrian space but joined in. While he’s a vicious thug willing to do just about anything to stay in power, he’s rather clearly not angling for war with NATO, much less Turkey.

It’s inconceivable that NATO will decide to start yet another war under these circumstances.