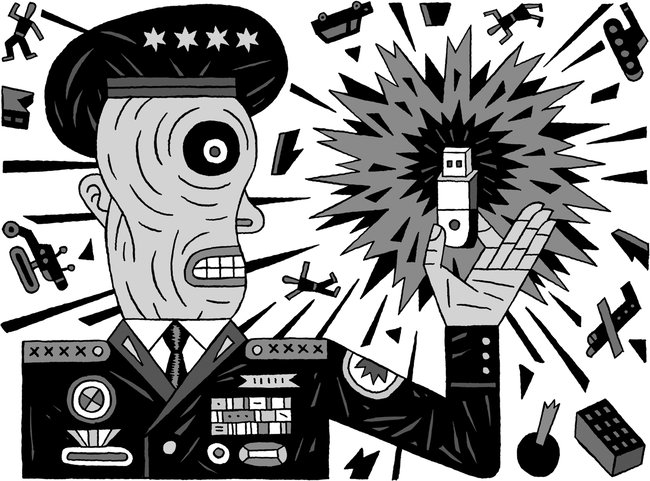 From Misha Glenny, the New York Times:  The decision by the United States and Israel to develop and then deploy the Stuxnet computer worm against an Iranian nuclear facility late in George W. Bush’s presidency marked a significant and dangerous turning point in the gradual militarization of the Internet. Washington has begun to cross the Rubicon. If it continues, contemporary warfare will change fundamentally as we move into hazardous and uncharted territory.

It is one thing to write viruses and lock them away safely for future use should circumstances dictate it. It is quite another to deploy them in peacetime. Stuxnet has effectively fired the starting gun in a new arms race that is very likely to lead to the spread of similar and still more powerful offensive cyberweaponry across the Internet. Unlike nuclear or chemical weapons, however, countries are developing cyberweapons outside any regulatory framework. . . .

The United States has long been a commendable leader in combating the spread of malicious computer code, known as malware, that pranksters, criminals, intelligence services and terrorist organizations have been using to further their own ends. But by introducing such pernicious viruses as Stuxnet and Flame, America has severely undermined its moral and political credibility. . . .

Until now, America has been reluctant to discuss regulation of the Internet with Russia and China. Washington believes any moves toward a treaty might undermine its presumed superiority in the field of cyberweaponry and robotics. And it fears that Moscow and Beijing would exploit a global regulation of military activity on the Web, in order to justify and further strengthen the powerful tools they already use to restrict their citizens’ freedom on the Net. The United States must now consider entering into discussions, anathema though they may be, with the world’s major powers about the rules governing the Internet as a military domain.

Any agreement should regulate only military uses of the Internet and should specifically avoid any clauses that might affect private or commercial use of the Web. Nobody can halt the worldwide rush to create cyberweapons, but a treaty could prevent their deployment in peacetime and allow for a collective response to countries or organizations that violate it.

Technical superiority is not written in stone, and the United States is arguably more dependent on networked computer systems than any other country in the world. Washington must halt the spiral toward an arms race, which, in the long term, it is not guaranteed to win.

Misha Glenny, a visiting professor at the Columbia University School of International and Public Affairs, is the author of “DarkMarket: Cyberthieves, Cybercops and You.”   (graphic: Henning Wagenbreth/New York Times)