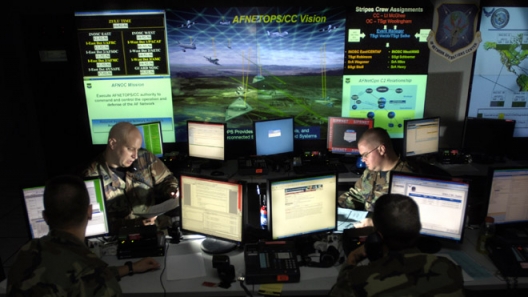 The $552.1 billion defense budget approved by Congress calls for new regulations on cyberweapons — an effort to prevent the pervasive digital bombs from further spreading throughout the world — at the same time that it dramatically boosts spending on them.

Section 940 of the National Defense Authorization Act for Fiscal Year 2014, signed into law by President Obama Thursday night, calls for “Control of the Proliferation of Cyber Weapons” following increases in the clear and present danger from cyberbombs such as Stuxnet and growing teams of hackers in foreign countries.

“The President shall establish an interagency process to provide for the establishment of an integrated policy to control the proliferation of cyber weapons through unilateral and cooperative law enforcement activities, financial means, diplomatic engagement, and such other means as the President considers appropriate,” the act declares. . . .

The word “cyber” shows up 12 times in the 2012 defense appropriations bill. It pops up 61 times in 2013. The word makes 127 appearances in the 2014 bill, which catalogs the nation’s efforts to deal with the growing threats to cyberspace like never before.

The bill calls for hundreds of millions of dollars for cybercombat: the construction of cyber “ranges” to train cyber forces against threats known and unknown, a new analysis of overall cyber operations, an inventory of the military’s existing cyber skill set and the creation of a new Principal Cyber Advisor to supervise defense of the United States against all incoming digital threats.