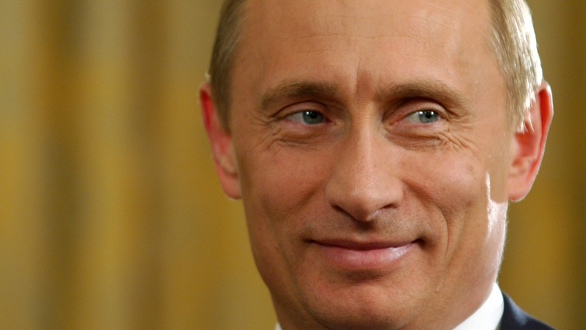 From Josh Rogin, the Cable:  Russia President Vladimir Putin is well on his way to reestablishing Russia as a regional hegemon and the West has been too slow to recognize and deal with Putin’s strategy, according to the foreign minister of the Czech Republic.

"We are not going back to Stalin, we are going back to Nicholas I," said Karel Schwarzenberg, the Czech minister of foreign affairs, in an exclusive interview with The Cable. "It was under Nicholas that the great part of Central Asia was conquered by the Russians and Putin is quite successfully getting them under the control of Russia again, and the West is losing."

The Obama administration’s "reset" policy toward Russia was not enough to influence the path of the Russian government, a path that was set when Putin resumed power, Schwarzenberg said, and now the West must acknowledge and deal with the aggressive autocracy Putin has put in place.

"I have the impression we were a bit too late and too little. We were much too slow and much too little engaged during [former President Boris] Yeltsin‘s time," he said. "We can’t accept this; we can’t accept that any world power is dominating his neighbors. We shouldn’t have illusions about the regime Putin has installed."

He said that Putin was now reacting to the increasing unrest inside Russia by turning inward and isolating Russia from the influence of Western society, for example by shutting down the U.S. Agency for International Development’s mission in Moscow.

"By kicking [USAID] out, he indicated himself what he considers most dangerous for his autocracy," Schwarzenberg said. "He is now afraid to meet the people and that indicates that he realizes the opposition exists and that it has become a force in Russian society. Russia is changing much faster than he thought. It is not as easy to be a dictator as it was 40 years ago."  (photo: BBC)