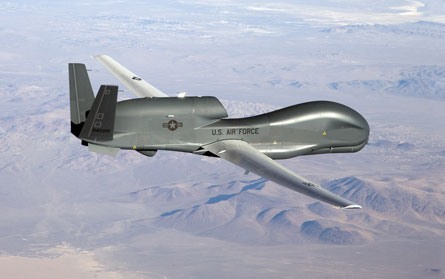 Converging technologies also pose fundamental human security challenges. As Francis Fukuyama once argued in Our Posthuman Future: Consequences of the Biotechnology Revolution, converging technologies could inequitably transform the world we live in and, in the process, undermine the very foundations that underpin liberal democracies. Whether or not such a future unfolds, it is clear that their application raises serious ethical and moral issues that are proving divisive for allies and enemies alike (eg: the debates over armed drones and cyber espionage). Even where common approaches can be achieved (eg: combatting designer drugs), converging technologies are growing “faster than our ability to legislate or regulate” them.

These developments are putting new stresses on the NATO alliance. According to a recent experts workshop, the NBRIC Revolution is threatening NATO unity. “As warfare is outsourced to only those who are ‘near peers’ in technology and societal views shift,” NATO will likely experience “decreasing political tolerance for alliance security efforts”. If NATO member states want to sustain “the traditional transatlantic compact [European political support in return for US military guarantees]”, they must change the way NATO approaches cooperative security around emerging technologies. And, they need to do it now.

First and foremost, NATO needs to substantially increase its investment in its Emerging Security Challenges Division (ESCD). This division should be provided the resources necessary to properly investigate the net security implications of converging technologies. It also must be granted the agency to pursue independent assessments of the security impacts posed by emerging technologies. This requires a mandate to conduct its research at arms length from NATO member states to ensure that its reports are not subject to their political meddling. If this cannot be achieved within the institution, then NATO should consider transforming ESCD into an independent institution (eg: the role that UNIDIR plays in the United Nations).

NATO also needs to ensure that all member states possess equal agency to call upon the ESCD to prepare reports on particular emerging technology issues of concern. This would be similar to the agency provided to US Congress members to call upon Congressional Research Services. . . .

Finally, NATO must do a better job of partnering with non-NATO states and Track II actors to address the security implications of emerging technologies. This includes a wide range of actors, such as academics, think tank scholars, business leaders, and civil society actors. Through these partnerships, NATO can “fill the vacuum/compensate for state institutional adaptability deficit(s).”

Eddie Walsh is the President of the Emerging Science and Technology Policy Centre. He also serves as Senior Fellow at the School of Foreign Service – Georgetown University.