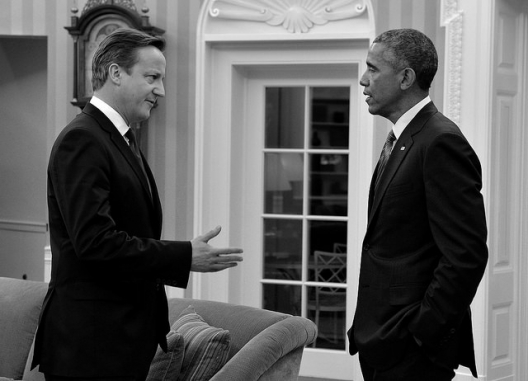 David Cameron will damage Britain’s special relationship with America if he fails to keep defence spending above 2 per cent of GDP, the UK’s former defence attaché in Washington DC has warned.

Sir Anthony Dymock, Britain’s most senior military officer in America and later at Nato for much of the last decade, told The Telegraph the United States would be “very pissed off” and “extremely disappointed” if we reneged on the spending obligation.

Doing so would see Britain “move down the league” of allies in America’s eye and no longer be perceived as a “world player”, risking a drift into international irrelevance….

Sir Anthony, the UK’s defence attache in Washington DC between 2002 and 2006 and UK military representative to Nato from 2006 until 2008, warned further defence cuts would alienate the Americans.

“America will put quite a lot of pressure on us to make sure we don’t welsh on that deal [to spend 2 per cent of GDP on defence], he warned.”They think no one else is showing leadership and example [in Europe]. If you can’t trust the Brits to do it then no one’s going to do it in their view….”

Sir Nigel Sheinwald, British ambassador to Washington between 2007 and 2012, called for the next government to recommit to the 2 per cent promise after the election….

“If we fall below the line … I think there will be disappointment on the American side because we are one of the few countries that they can rely on to stay above that line in Nato,” Sir Nigel told The Telegraph.

“I think it would be another signal to our allies that the hard side of security was less important to our country….”

Rory Stewart, Tory MP and chair of the Commons Defence Committee, said: “We must stick to our 2 per cent spending commitment. We have forced other Nato countries to commit to 2 per cent, and we should hold our side of the bargain.

“More importantly the world is increasingly dangerous from Ukraine to Syria. Every party should commit to a 2 per spend or at least a real-term increase in defence spending in their manifesto.”