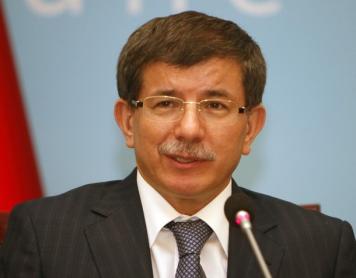 From Zaman:  In remarks delivered at the Chatham House think tank in London on Thursday during an official bilateral visit to the UK capital, [Turkey’s Foreign Minister Ahmet] Davutoğlu said that the question, “Are we losing Turkey?” is extremely annoying. Such a question is humiliating for Turkey and Turkey is not an object to be lost or to be found, he said, underlining that such a question should not be asked by anybody if the parties are in an alliance and a union.

“By definition, the essence of a real partnership is actually about the handling of differences of views in this relationship. The United States is still insisting on speaking in terms of the Cold War vis-a-vis requirements of an alliance relationship, while Turkey is tirelessly trying to explain that the definition and content of this alliance relationship has to be updated,” Turkish diplomatic sources, speaking on condition of anonymity, told Sunday’s Zaman. …

“This is not the tone we would like to see in our relationship with the United States, because it would be ignorance of the decades-old alliance relationship, which has a physical ground and which is based on values,” the same sources added, as an indication that Turkey will not stop explaining to the US its interpretation of the concept of “alliance.”

NATOSource:  The comments about losing Turkey were not in Foreign Minister Ahmet Davutoğlu’s prepared text, but were part of his response during the Q&A period after his speech.  While the Zaman article used the term "extremely annoying" to describe the Foreign Minster’s remark, the video and audio from Chatham House confirm that his exact words were:

"Are we losing Turkey? This is the most disturbing question to us. … If they ask a question, are we losing Turkey, or who lost Turkey?  This is an insult to Turkey. We are not an object to be lost or to be found."