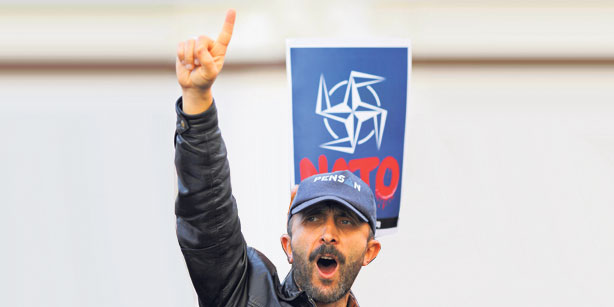 From Zaman:  Foreign Minister Ahmet Davutoğlu has defended Turkey’s decision to support NATO plans to build a missile defense system, saying it will also contribute to national defense against the growing threat of ballistic missile proliferation.

The foreign minister, responding to a formal question from an opposition deputy, also said the alliance has not yet made any decision on where to deploy elements of the planned system. “A decision made in principle to build a NATO missile defense system has not specified which countries will host elements of this system,” Davutoğlu said. …

“This system serves our policy against proliferation of weapons of mass destruction and ballistic missiles. We have already been working on plans to take measures on a national scale against the missile threat and develop a national missile defense system,” Davutoğlu said in his response on Friday.  (photo: Zaman)