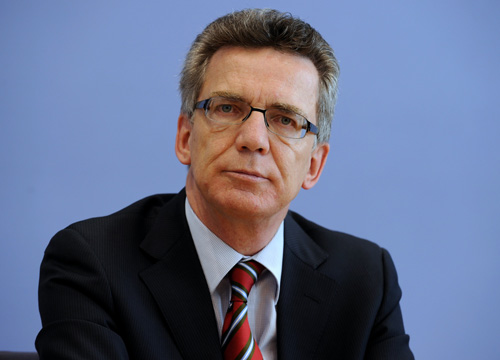 From Nick Hopkins, Guardian:  In defence, the German role is to make France more Nato-minded, and to make Great Britain more European-minded. I have made it quite clear. My first priority in defence is Nato. In all other political aspects, economy and currency, my first priority is the EU. . . ."

Germany, he says, does not want an EU army.

"There is a famous German saying which means ‘it is better to stick with what you have’. The moment you start to talk about a common European army then some countries will not let that happen. Great Britain is one of them. So then you jeopardise the co-operation that you have. This is not a wise strategy."   (photo: sabah.de)