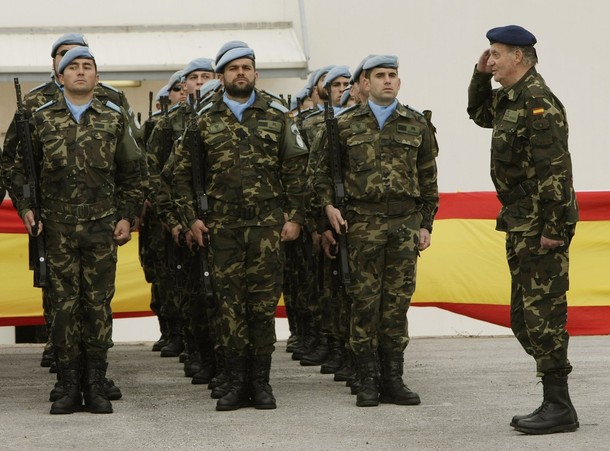 From Daniel Woolls, Canadian Press: The shooting death of three Spaniards at a military base in Afghanistan has prompted renewed calls for the government to declare the war on the Taliban a failure and join other coalition countries in withdrawing.

Socialist Prime Minister Jose Luis Rodriguez Zapatero has established no schedule [for withdrawal from Afghanistan]. This year he sent an additional 500 troops in response to an appeal from President Barack Obama, who says US troops will start going home in July 2011.

In Spain’s Parliament, a small but important Catalan party called Convergence and Union signalled a shift away from what has been until now ironclad support for Zapatero’s commitment in Afghanistan. (Photo: Getty)