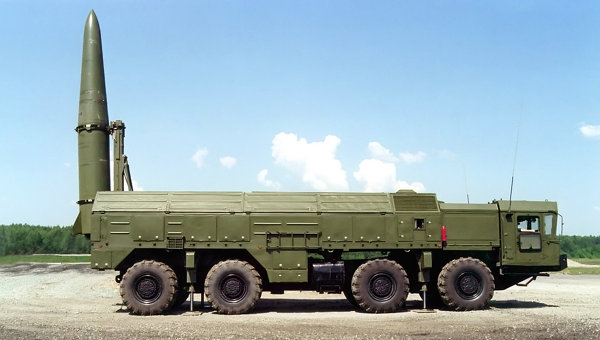 From Baltic Reports:  The Estonian minister of defense strongly criticized Russia on Tuesday for deploying Iskander missiles in its Leningrad Military District, a move the Russians announced over the weekend.

The Russian missile deployment is seen as a quid pro quo for the U.S. installation of a temporary Patriot missile base in Morag, Poland in May. The Morag base is only 60 km from the Russia’s Kaliningrad exclave. Russia’s decision is not unexpected, as the Kremlin had promised to match any U.S. deployments in Poland or the Czech Republic. …

Estonian defense minister Jaak Aaviksoo acknowledged that he was not surprised by the deployment, but said it was still unnecessary in light of Russian and NATO cooperation in recent years.

“During the past two decades, NATO has been seeking benevolent mutual understanding in relations with Russia. But benevolence does not mean naivete, that is why Moscow’s decision to deploy Iskander missiles in the Kaliningrad region did not surprise us,” Aaviksoo said in a statement to the press.

“We do not comprehend such a step considering both modern security threats and current relations between Russia and NATO,” Aaviksoo said.  (photo: RIA Novosti)