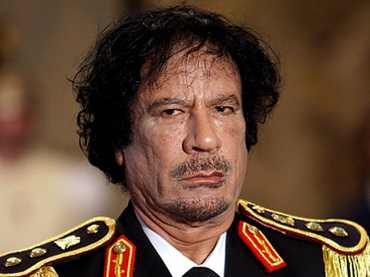 From the AP:  A defiant Moammar Gadhafi has threatened to carry out attacks in Europe unless NATO halts its campaign of airstrikes against his regime in Libya. . . .

Gadhafi says that unless strikes stop, "we can decide to treat you in a similar way." He says that "if we decide, we can also move it (the fight) to Europe."  (photo: Russia Today)