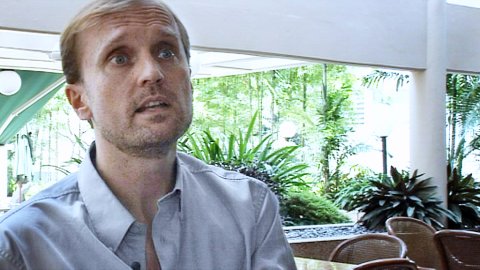 From Uutiset: The Danish media reports that officials in Denmark have leveled charges of spying against Timo Kivimäki, a Finnish professor working in the country. In a message to Yle late Thursday, he denied the accusations.

According to the Friday edition of the Danish publication Weekendavisen, the 49 year-old Finn, who works at the University of Copenhagen, is accused of helping Russian spies in Denmark.

The professor confirmed to Yle that on the 28th of last month he was charged with aiding or attempting to aid a foreign espionage organisation. Kivimäki was first arrested in 2010. In his message to Yle, he said that he had been questioned by Danish security services for 350-400 hours.

The newspaper Jyllands-Posten reports that officials in Denmark have confirmed one arrest, but have declined further comment. . . .

The Finnish professor says that he had conversations with four Russian diplomats that Danish security services claim are spies, but Danish officials have provided no evidence to back up the claim. According to Weekendsavisen, he says that for a fee he provided professional analysis and scientific thinking about security policy to the Russians, as he has done for a number of other diplomats and governments.

In his letter to Yle, Kivimäki claims that the Danish intelligence services tried to obtain information about the Aceh peace process from him in 2005.

Another Finnish professor at Copenhagen University told Yle that the information could relate to natural resources in the Arctic, an area in which both Denmark and Russia have interests.

From Helsingin Sanomat:  Kivimäki has admitted to Helsingin Sanomat that he did consulting work for the Russian Foreign Ministry and that he charged 120,000 Danish krona (about EUR 16,000) for his efforts over six years. He says that this is just a fraction of the fees paid to his research institute by representatives of other countries.

According to the Danish Security and Intelligence Service PET, the Russian diplomats whom Kivimäki met with were spies.

Kivimäki denies that he knew of any double role played by the four Russian diplomats that he was in contact with. He notes that none of the four were expelled from Denmark as persona non grata, which is the standard procedure for diplomats caught engaging in espionage.

Kivimäki said that the Russians he interacted with behaved like diplomats and not spies.  (photo: Yle)  (via @EurAlmanac)