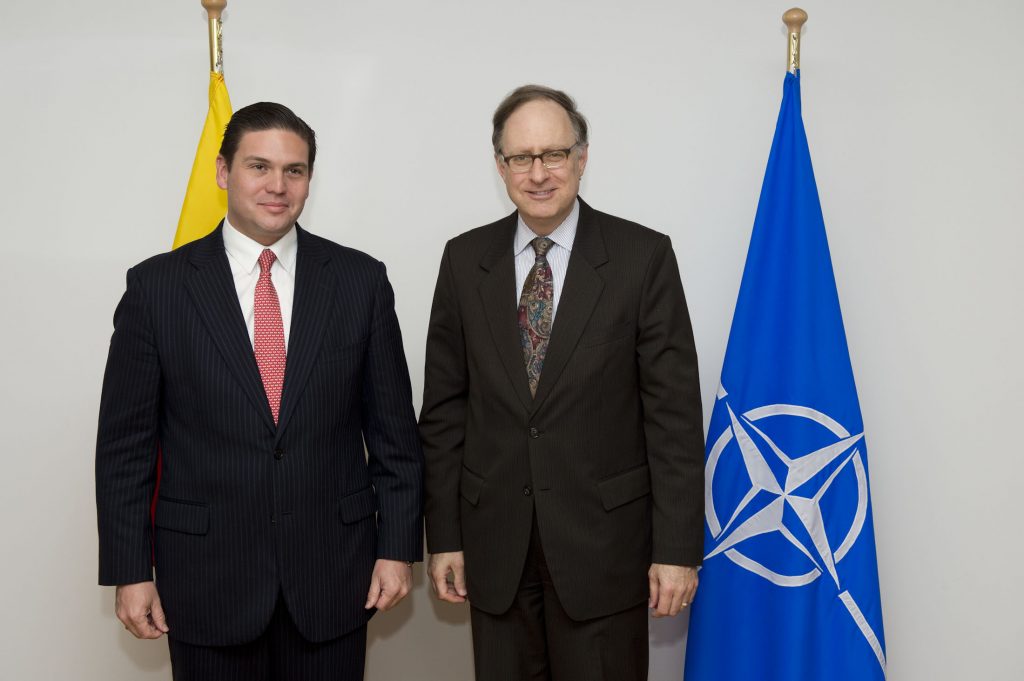 From MercoPress:  The Security of Information Agreement does not formally recognize Colombia as a NATO partner but constitutes a first step for future cooperation in the security field. . . .

“Colombia’s expertise in enhancing integrity in the military is precisely the kind of substantive contribution that exemplifies the added value of cooperation,” the NATO Deputy Secretary [Alexander Vershbow] said. . . .

Before the signing of the accord Minister Pinzón held talks with NATO Supreme commander US General Philip Breedlove and addressed issues referred to integrity and transparency in security affairs as well as strengthening cooperation between Colombian Armed Forces and the multilateral organization. Colombian forces are recognized for their experience in battling terrorism and narco-traffik.

In Bogotá before leaving for the European tour Pinzón said that the purpose of contacts with NATO was "to become a cooperation partner as currently are Australia, New Zealand, Japan among other countries.”

From AFP:  The Colombian minister [Juan Carlos Pinzon] said his country did "not want to be part of NATO" but to "learn from NATO" and "share experience, particularly in the fight against drugs and terrorism".

NATO, which currently has 28 members, has partnerships with a variety of countries including Australia and Mongolia.  (photo: NATO)