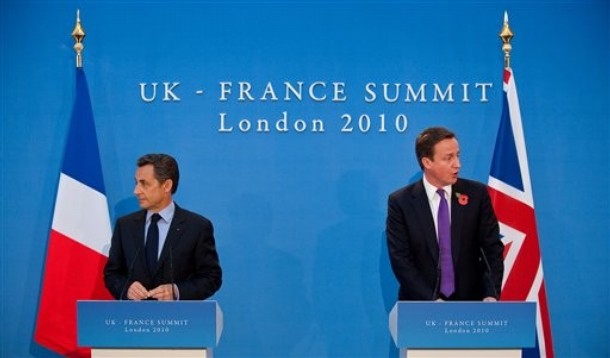 From the Editors of the New York Times:  For all of its innovation, this initiative between NATO’s strongest European military powers will do little to address the alliance’s most urgent need — expanding the supply of European ground forces for future combat and peacekeeping operations , where the United States already bears a disproportionate share of the burden. …

It makes sense for Britain and France to save money on marginally useful aircraft carriers and on the costs of maintaining nuclear weapons they do not really need. The real threat to Europe now lies elsewhere. European cities have suffered repeated Al Qaeda terrorist attacks since Sept. 11, 2001, with new assaults threatened.

Britain and France should use the money they will save on these 20th-century prestige weapons to expand the number of combat troops, trainers and peacekeepers they can contribute to NATO missions like Afghanistan. That would strengthen a vital alliance strained by unequal burden sharing. And it would focus both countries’ military resources on their most pressing 21st-century military needs.  (photo: AP)