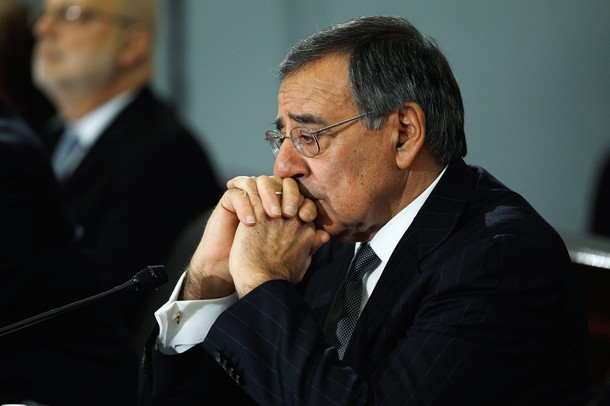 From Josh Rogin, the Cable:  One announcement that won’t be made at the NATO summit is the alliance’s intention to mark 2013 as the year when full, lead combat responsibility will be handed over from NATO to the Afghan security forces. That announcement was originally scheduled for the summit, but [Secretary of Defense Leon] Panetta surprised his European and NATO colleagues by inelegantly announcing it on the plane to Brussels earlier this month.

That announcement was "not big news," according to [NATO Secretary General Anders Fogh] Rasmussen, who pointed out that U.S. and NATO officials were quick to clarify that the 2013 milestone did not change the goal of transferring full control of all territory to the Afghan government by the end of 2014.

"The fact is that we stick to the timetable that we outlined in Lisbon in 2010, so in that there’s nothing new," he said. "If we are to complete the transition by the end of 2014, then something may happen in 2013, but that’s not an accelerated timetable. You might say that we tried to detail more in the last 18 months of this transition period."

One administration official told The Cable that the reason Panetta blurted out the 2013 milestone inarticulately and months ahead of the planned rollout was that he accidentally read his internal official talking points to reporters on the plane, instead of the talking points for the press. Rasmussen couldn’t confirm that’s what happened.

"I don’t know about that," Rasmussen said. "You had many things up in the air at that time. But I think we clarified everything at the defense ministers’ meeting (in Brussels)."  (photo: Getty)