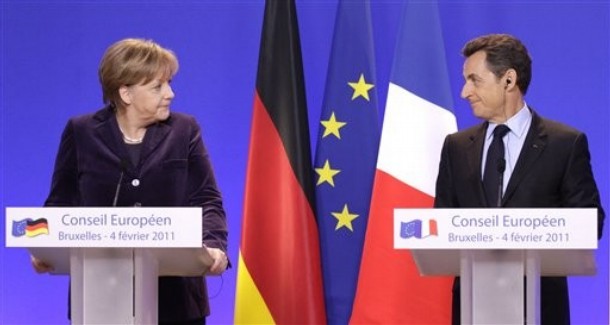 A few days later, Paris was taken aback by Berlin’s decision to mothball some of its nuclear reactors following the Japan disaster, bolstering French environmentalists just ahead of difficult local elections, triggering a surge in electricity prices and raising concerns in France of an oil price shock. …
The differences are “damaging to Franco-German relations,” says Ulrike Guérot, head of the Berlin office of the European Council on Foreign Relations. “Both sides accuse the other of going it alone for electoral reasons and not informing the other: Germany on declaring a nuclear moratorium and France in attacking Libyan forces.”
In France, Germany has come in for sharp public criticism for its reticence over Libya. François Baroin, government spokesman, suggested last week that Berlin was not yet ready to become a permanent member of the UN Security Council after refusing to support the resol-ution authorising military action.
Jean-Pierre Jouyet, a former minister for European affairs, suggests that while Germany may be “the strongman of Europe” its “economic strength is not reflected in political and diplomatic influence, as the recent [Libyan] events have shown”.
French diplomats say Germany missed the chance to emerge definitively from the shadow of its postwar trauma. “It was the chance to show itself as a global actor and as jointly responsible for maintaining world peace,” said one official.  (photo: AP)
Energy & Environment