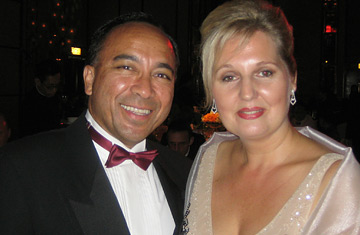 From RIA Novosti:  Police in the Netherlands arrested a 60-year old employee of the Ministry of Foreign Affairs who is suspected of taking bribes and transferring classified information to Russian spies, local media reported on Monday.

According to De Telegraaf, the arrested officer is "Raymond P.," who the media have tentatively identified as Raymond Poeteray. He had been vice-consul of the Netherlands in Hong Kong since 2008. He was arrested on March 24 and was sentenced to 14 days of arrest on March 30.

From Dutch News:  During part of the seven-year period, the man was vice consul in Hong Kong, the AD reports on Monday. During that time, he had access to ‘highly confidential’ information, the paper says. He has been based in The Hague since 2008.

The public prosecution department said it is investigating the exact nature of the information which the man passed to the German couple to see if it is classified as ‘state secrets’.

The man is also suspected of money laundering and possessing a weapon.

From the Hague Online:  The Germans discovered a link with the Hague civil servant after a tip off from the FBI.

During the 2010 FBI investigation into a US spy ring. The Russian woman known as Anna Chapman was part of the ring. US investigators also discovered a married couple in Germany who had contact with Chapman.

The couple, Andreas and Heidrun Anschlag used a short wave radio to send commercial and state secrets of different countries to the SVR.

When German police raided their home, they found Heidrun sitting at her short wave radio sending coded messages to Russia.

From TIME:  Every child is a gift, as the saying goes. But in a case that has stoked outrage on two continents, a Dutch diplomat posted in Hong Kong has been accused of returning his eight-year-old adopted daughter like an unwanted Christmas necktie. The story, which first appeared in the South China Morning Post on Dec. 9, began seven years ago, when Dutch vice consul Raymond Poeteray and his wife, Meta, adopted then-four-months-old Jade in South Korea. The couple, who also have two biological children, brought Jade with them to Indonesia and then to Hong Kong in 2004, although Poeteray never applied for Dutch nationality for the child — a curious oversight, given that he worked in a consulate. Then, last year, the Poeterays put Jade in the care of Hong Kong’s Social Welfare Department, saying they could no longer care for her because of the girl’s emotional remoteness.  (photo: De Telegraaf)  (via @Kostian_V)