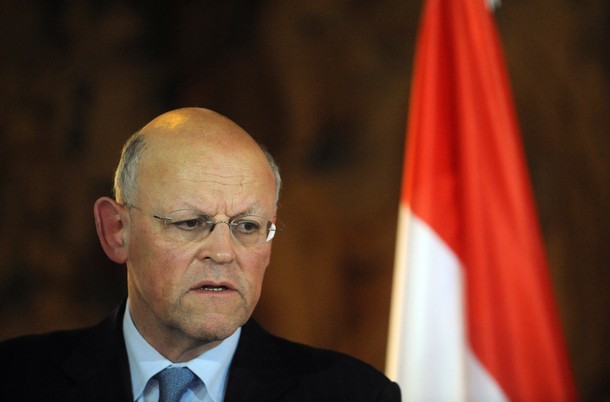 From Andrew Rettman, the EUobserver:  The Nato charter gives it permission to act without the UN, but there is little appetite for military action.

Its EU ambassador, Selim Yenel, earlier in the week told this website: "There is no easy solution. So maybe they [the rebels] will have to do it themselves, the hard way."

But the British, Dutch and Swedish ministers told press on Monday morning that the F4 incident will not trigger retaliation.

The UK’s William Hague said: "I don’t think it illustrates a different phase of the Syrian crisis."

The Netherlands’ Uri Rosenthal said military action is "out of the question."

Sweden’s Carl Bildt noted that "miltarisation of the conflict" could lead to "sectarian fragmentation … with devastating consequences for years to come." He added that any extra sanctions "will not be decisive" because the regime is insulated from economic problems.  (photo: Getty)